What does it take to be a director?

Home What does it take to be a director? 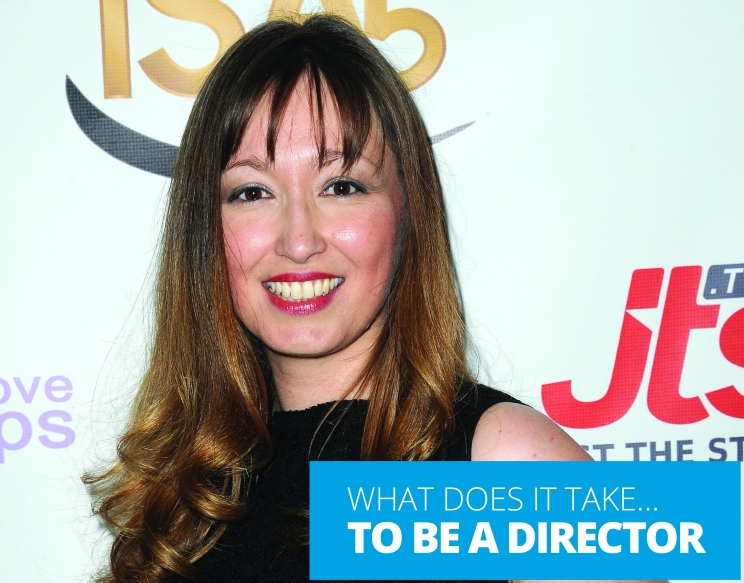 Part of being the best you can be is focusing on what it takes to get there. We’re continuing the “What does it take…?” column, which looks at this aspect of being the best. This month, we’re chatting with award-winning director Lisa Gifford.

How do you become a director?

For anyone who isn’t going down a traditional film school route, I’d suggest perhaps doing some work in fringe or amateur theatre with actors first – just to get experience of working with them. Then read directing books to learn the basics and watch films you like to work out what the director did. After that, if you’re not confident enough to pick up a camera, find a good cinematographer to work with. And don’t be afraid to drive them mad with questions.

What is the best thing about being a director?

Putting together all the building blocks. The teamwork, of bringing together the best efforts of cast and crew to make something special happen. I love working through the creative process with actors. You can get inside a script and find all sorts of surprises and new directions to go in.

The web seems to be the way of the future for TV series. How do you think this benefits series creators?

The door is open for new creative—directors, writers, actors, producers, cinematographers, and designers—can get their work seen. Five years ago, everyone was making short films and trying to get them into festivals; now anyone can get something up on the web.

How do you think it hurts the creators?

Because anyone can do it, there’s an issue with quality. Open access platforms are full of bad content. This is where multi-channel networks and curated platforms come into their own. You can go to these sites and know that you’re guaranteed to find something of high quality – whether it is to your taste is something else entirely.

Why do men dominate the production side of the film and TV industry?

From a young age, more boys tend to get involved in fandoms like sci-fi and horror that have a low/no budget ethos, which is an easier genre to start in that say rom-coms or princess films, so they are inspired to go into film-making themselves. I’m not saying that girls don’t get involved in these fandoms too, but certainly until the last few years, they would have been a minority. Also, it is very hard to do this job and have a family. I don’t have kids. There’s no way I could do the travel, very late nights, early mornings, and complete and utter dedication this job requires with a child. The financial uncertainty is also another barrier for anyone with kids. Of course, the same is true for men, but women are still the main caregivers, and while this remains, I think women will be put off.

How do you think we can start to change this?

I’m not an advocate of positive discrimination schemes, but I think they could be helpful for new entrants into the industry. There are real issues across the board, not only with women being under-represented, but also ethnic minorities and those from disadvantaged backgrounds. I’m not sure what’s going on currently is at all representative of what our population is, and I’d like to see that evolve.

Ricky Gervais. He’s worked his way up to where he is, and he is immensely talented as a writer, actor, producer and director. He uses his level of fame to campaign for animal and human rights and to shine a light on subjects that a lot of people find uncomfortable to discuss. He rubs a lot of people the wrong way and I like that too, because he is unapologetic about the person he is. He promotes kindness and tolerance without being sanctimonious or preachy, but at the same time he calls out ignorance where he sees it.

Winning the Indie Series Award in L.A. for Best Drama Writer. I really didn’t expect it, so when my name was called I was flummoxed. I kind of floated to the stage and then looked out at the sea of faces and cameras and thought, “what now?”

An actor or a writer. That never changed. But I grew up in a small village where people didn’t do that sort of thing, so at 17 I thought I should go and be ‘responsible’ instead and work in an office. I went and did that, and it was miserable. So, in my thirties, I gave it all up, went to university, and studied theatre, and now here I am.

Which TV series idea do you most wish that you came up with?

Life on Mars (the UK version of course). It’s perfect. I’ve studied it a million times to try and learn from how they crafted it, but I think it was pure magic. It all just worked, and worked beautifully.