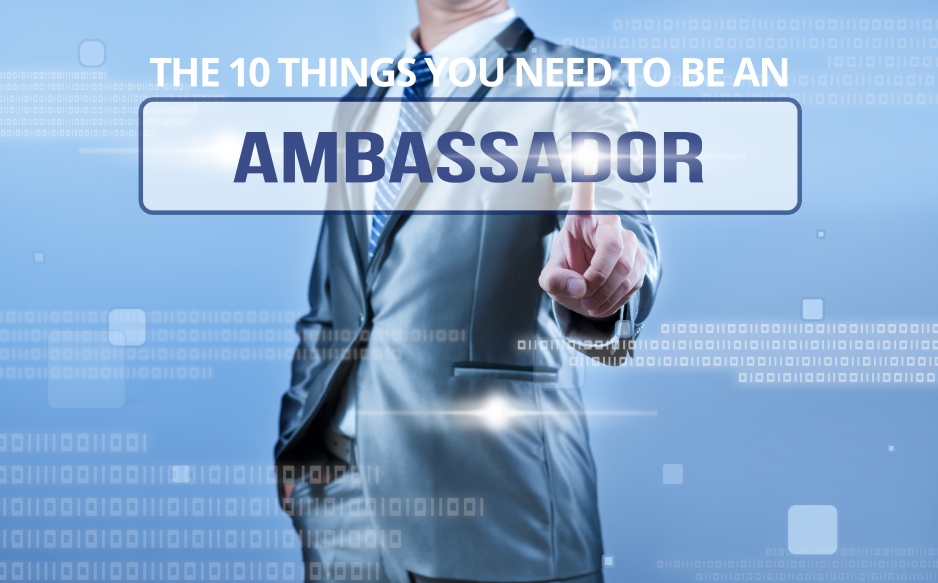 Part of being the best you can be is focussing on what it takes to get there. That’s why we are introducing a new feature this year looking at this aspect of being the best. We start off with Allan Banford chatting to the Ambassador of the Republic of Panama, H.E Ana Irene Delgado.

1. How do you become an ambassador?

I am a lawyer and I also did international affairs and economics both in Panama and United States. I was practicing law in Panama and became partner of a Panama based law firm. In September 2011, the President of Panama, HE Ricardo Martinelli, who I supported during his campaign, appointed me as the ambassador to the UK. I was part of private sector who accompanied President Martinelli to many official missions abroad.

2. What’s the best thing about being an ambassador?

To represent my country and be able to promote it abroad while strengthening bilateral and multilateral relations worldwide. Being recognised abroad and to show the world what Panama has to offer has no comparison. It is an extraordinary experience that I will continue doing after I finish my ambassadorial post.

3. What situation most tested your powers of diplomacy?

Working outside of my country is a challenge, but I would say that the most challenging of all my responsibilities is as Panama’s permanent representative to the International Maritime Organisation. It is the single most important international organisation for Panama and as the most important registry in the world.

4. What’s the best and the worst part about travelling so much?

For me traveling just has advantages. Learning about different cultures and meeting so many interesting people is priceless. As I am still single, I am taking advantage of the travelling aspect of the job as much as I can because it might be difficult once I have a family. However, for me to travel is to learn and when I have a family in the future, will encourage them to travel as well.

5. Which living person do you most admire and why?

My father, without a doubt. He is a self-made man who had a vision and built himself what he has, not only by working hard, but to see the good opportunities.

6. What’s your proudest moment been?

As a former athlete and proud Panamanian, it was when I received, together with President Martinelli, the Panamanian Olympic Team for London Olympics. The dream of every athlete is to go to Olympics once. I did not go, but was Panama’s Ambassador to receive and help my team during Olympics. This moment was unforgettable.

7. What did you want to be when you were little?

I always wanted to be a lawyer and politician, like my father.

8. When last did you see the sunrise?

This morning! I see the sunrise every morning from Monday to Saturday since I get up very early to start my day with an early workout that gives me a boost of energy for the day. Also, to wake up early allows me to map my day and maximize my potential by knowing what are my goals every day and visualise my achievements. I have always enjoyed daytime and try to get as much advantage as possible from it. London winters shorten my daytime, so it makes me want to wake up even earlier.

I relax when I fence. I represented Panama on Panama Fencing Olympic Team for many years and now I have started again in London with the British Fencing Team. I am planning to represent Panama on next Bolivarian Games in Trujillo, Perú in November this year. I also relax when I spend time horse riding. Horses are my passion and I used to do show jumping. Now I see my horses at my Country House Farm in Chepo where I also spend time with my parents and siblings.

10. What do you want to be remembered for?

I would like to be remembered as a person who contributed to creating more opportunities for Panamanians of low resources. We are so lucky to have a beautiful country that has a lot to offer. I would like to continue being part of a country with an enviable economic growing rate. We are a country with only 3.5 million people, proud to have political stability and be safe. My goal has been to open doors for talented Panamanians in European markets in different fields; such as education, politics, art, fashion, gastronomy, sports. I feel very proud and honoured of the goals being achieved the 18 months I have been in London.