Sylvester Stallone: One Fighting Chance by The Rocky Road To Success

Home Sylvester Stallone: One Fighting Chance by The Rocky Road To Success 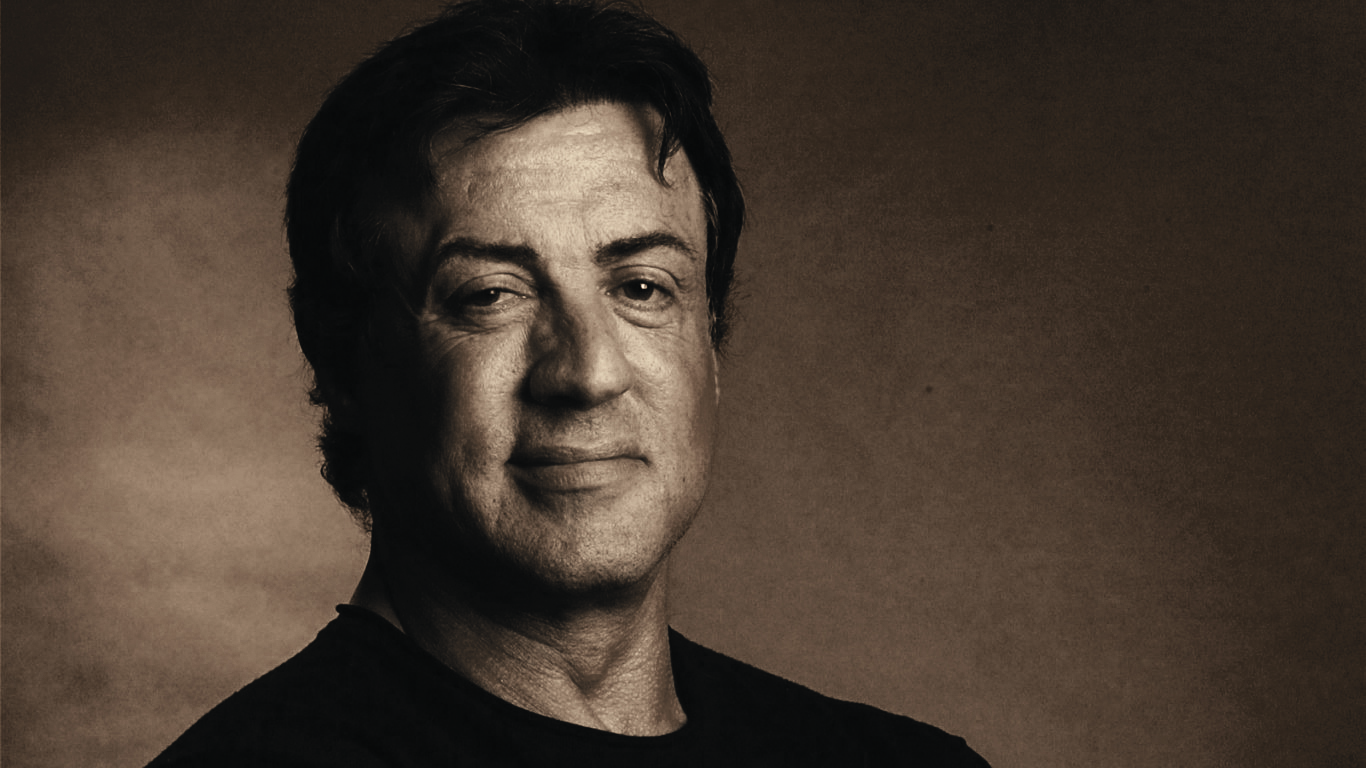 “Success is usually the culmination of controlling failure.”

Born in 1946, Sylvester Stallone has been called Sly for as long as he can remember – an appropriate nickname considering how much he has embodied the trait throughout his film career. His father came to America from Italy in the early 20th century, and his mother hailed from Ukrainian-Jewish and French origins. He spent his formative years in New York City, but spent his high school years in Philadelphia.

After some early film work in less-than-savoury roles, his career changed almost overnight when, born out of his desperate circumstances, he wrote the script for, and starred in Rocky. He went on to earn simultaneous Oscar nominations, for best screenplay and best actor.

Through the 1980s and ‘90s, Stallone kick-started hugely successful film franchises such as Rocky and Rambo. At the same time, he was taking a physical beating, accruing several injuries over the years that he has since covered up with meaningful tattoos he proudly sports on screen. However, through the heartache of failed marriages and the deaths of close family, Sylvester Stallone has never been one to waiver when it comes to optimism. Reinvigorated after the success of The Expendables, he finds himself once again at the helm of a hugely popular Hollywood film franchise, and he’s not looking back.

“A true Hollywood self-starter, Sly Stallone is part of a dying breed of action heroes. He has overcome great hardships and deserves to be celebrated.”