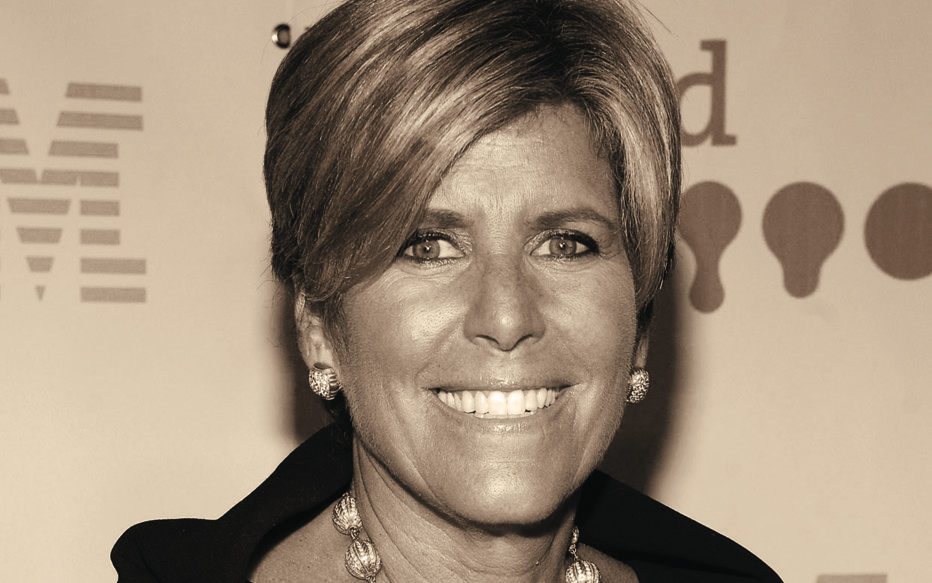 “Many people are in the dark when it comes to money, and I’m going to turn on the lights.”

At the age of 29, Suze Orman was already VP of investments at a top-tier financial services firm. She would ultimately make a long climb from her modest upbringing on the south side of Chicago in the 1950s. Working her way up from a post-college gig as a waitress, Orman trained and gained valuable experience with Merrill Lynch. She would go on to her VP position at Prudential Bache Securities before starting up her own financial services firm. Realising she had gained sought-after experience from her many strategic and successful career moves to that point, Orman began offering money and investment insight through writing. She wrote three books in three years to close out the 1990s. The Suze Orman Show was then developed and picked up by CNBC in 2002. Orman’s brash and flash style immediately clicked with a viewing audience. Following the budding success of her television series, Orman began appearing frequently on Oprah Winfrey’s eponymous television series. Before long, she was tasked with creating a series for the Oprah Winfrey Network and penning a column in O Magazine. Just as Suze Orman has preached on the positives of diversification in the financial world, so too has she lived by that theme when plotting out the course of her hugely successful climb to the top.