The Story Of The Wounded Child by Evelyn Lym

Home The Story Of The Wounded Child by Evelyn Lym 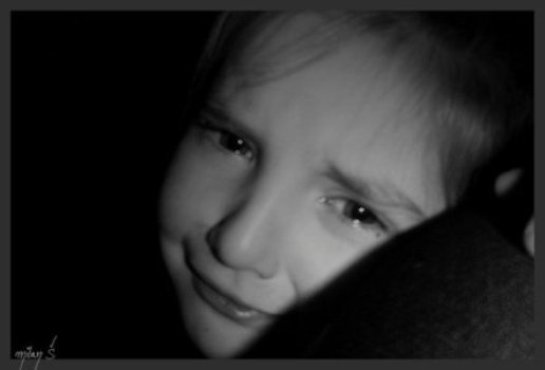 The “wounded child” is an archetype which contains damaged or negative emotional patterns of our youth. No one tells the story of the wounded child better than Michael Jackson.

In recent weeks, his childhood story has gained a revival of interest, as people search online to understand more about the man behind the cosmetic mask. Perhaps, the clues are way too obvious in the lyrics to his song “Childhood”….

Before you judge me, try hard to love me,
Look within your heart then ask,
Have you seen my Childhood?
People say I’m strange that way
‘Cause I love such elementary things,
It’s been my fate to compensate,
For the Childhood I’ve never known…

Loving the wounded child is about healing ourselves through acknowledging the trauma and hurt that we suffered when we were young and then freeing ourselves from them. As adults, we allow these memories to dictate how we run our lives. Actions taken as a result of them are largely driven by fear and may no longer serve us; even if at one stage, they have helped us to cope and navigate through a confusing period during our growing years.

Here is something for you to think about…

We hold dysfunctional self images through the stories of our childhood. How we perceive ourselves is pretty much directed by the childhood programming that we have had. Our childhood programming is largely influenced by our caregivers, who represented the world to us while we were young. We form relationships based on what we learn from our parents. Our parents in turn learn about theirs from their parents. So it is in us that we have layers and layers of beliefs, patterns and behavior passed down from generation to generation.

Yet, as much as not wishing to be like any of our parents, we find ourselves having adopted the same patterns, behavior and attitudes. Consequently, it is no surprise that we end up in a similar life situation to theirs. We may not recognize it at first but the pattern is the same recurring theme of trauma.

Negative patterns essentially bear the same emotional pain energy even though they may take on different forms. For instance, a history of sexual abuse can translate into emotional abuse on our own children. Anorexia, obesity or alcoholism may be traced to negative self images perpetuated by our parents during our younger days. It is possible that our current feelings of rejection has a root cause in us being abandoned years ago.

While there are the rare courageous few who rise above their traumas, the vast majority of us carry the wounds of our childhood around. The same patterns manifest in every aspect of our lives; at home, in the office; in the relationships we have with our spouses, kids, parents or friends; or even physically.

Indeed, the wounds of your inner child can create much havoc in the relationships you have with yourself and others. Through healing, you confront the archetypal force within your psyche. With confronting rather than stifling the voice, you release the little child. You recognize that you have been compelled to grow up too fast.

Carrying the baggage of an openly wounded child keeps you living in the past. You keep alive the story of your past of abandonment, abuse, betrayal, rejection, guilt and shame. Your energy resonates the same vibrational pattern. If you have ever wondered why you attract the same type of experiences, herein lies the reason why.

Your wounded child has no awareness of spiritual lessons. He or she does not understand that the negative experiences hold information about how we can choose to better relate to the world. The wounded child wants to stay hurt, angry and vindictive even. We need to release the wounded child by disengaging in self judgment. As long as you allow your wounded child to be in the driver’s seat, you will not be able to operate without fear.

Self care means caring for yourself so that the wounds of the past no longer hurts you. You realize your need for healing because you are only hurting yourself, most of all, when you carry the baggage around. You do this by acknowledging the wounded child within. You call up the little kid for the unfinished business of loving, nurturing and embracing him or her. Once completed, you stop feeding a “poor me” mentality. You do not allow the wounded child any more power through conscious intent.

You may initially feel resistant to releasing yourself from the pain of your childhood story. You have identified with it for so long that you suspect you will feel lost without one. After all, you need someone or something to take the blame for your current dysfunctional self or life. You are filled with a sense of righteous anger towards your parents, family or friends for the person you have now become. Giving up the story is going to put you in great discomfort.

Well, you need to understand that it is your ego’s need to cling on to a form, a story. Your childhood story is essentially a collection of thoughts of the past. You have to realize that you cannot hope to create an empowering life if you do not first release your attachment to an old script.

Freeing Yourself Through Forgiveness

Healing can be made through forgiveness. You have to forgive wholeheartedly. You not only forgive yourself but all others who have contributed to the situation that you are now in. Taking one or two steps back allows you to see that your parents have also been emotionally hurt as a result of their own childhood experiences. They have unconsciously inflicted on you what they have suffered as children.

The process to forgiveness is not easy, I know. It all boils down to choice. Think about it this way. Decide which you would rather have: continued pain or ultimate freedom?

I wrote this article in a series of thoughts on self discovery. I had my articles in drafts even before news of Michael Jackson’s death. How coincidental, I thought, to be publishing articles focusing on self love, esteem and worth around this time.

Over to you. Do you carry around with you a wounded child? What does your inner child say to this article? If you have dealt with wounded or inner child issues, do share what has worked for you.