How To Stop Being So Freaking Lazy by Joel Runyon

Home How To Stop Being So Freaking Lazy by Joel Runyon 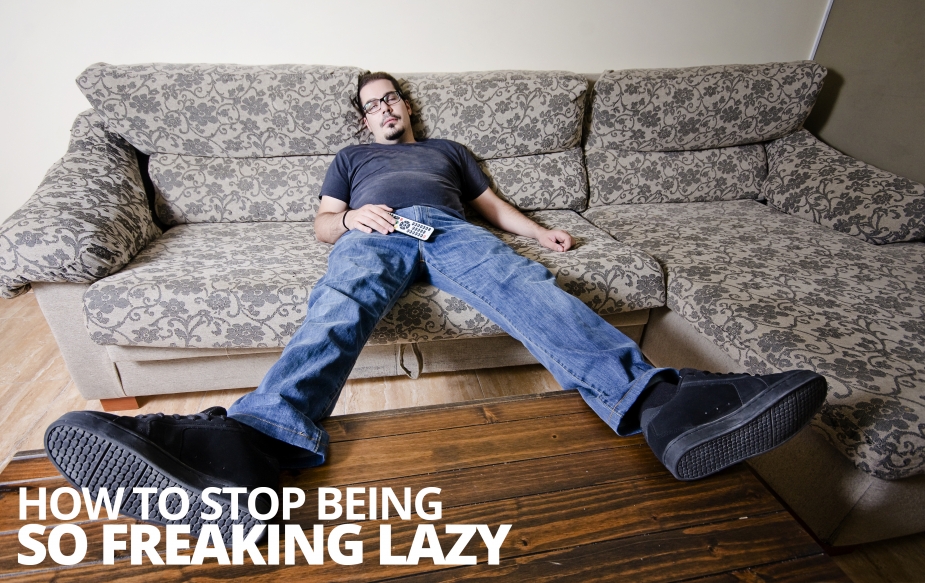 Laziness is always around – sometimes it creeps up on you and other times you get so used to it that it becomes a habit. If you need help breaking out of that habit,here’s how to stop being so freaking lazy:

Want Something Worth Working For

You have to want something. If all you want is that donut in front of your face and the next episode of Jersey Shore, that’s all you’re going to get and you’re going to keep doing the things you’ve always done.

Don’t make a habit of creating junk, but if perfection is holding you back from moving forward and keeping you stuck, throw it out the window and just start already.

You can be prolific, create a bunch of rough prototypes and then perfect them.

Shock yourself into doing something. Do something tougher than the impossible.Take 30 days of cold showers. Once you take a cold shower, it’s hard to sit back, relax and just take a  nap or veg out. After a 5-minute cold shower you feel like actually doing something, moving and making something happen. Plus it makes it easier to recognize that the resistance that’s keeping you from doing something is all in your head.

“This post first appeared on Blog of Impossible Things.”