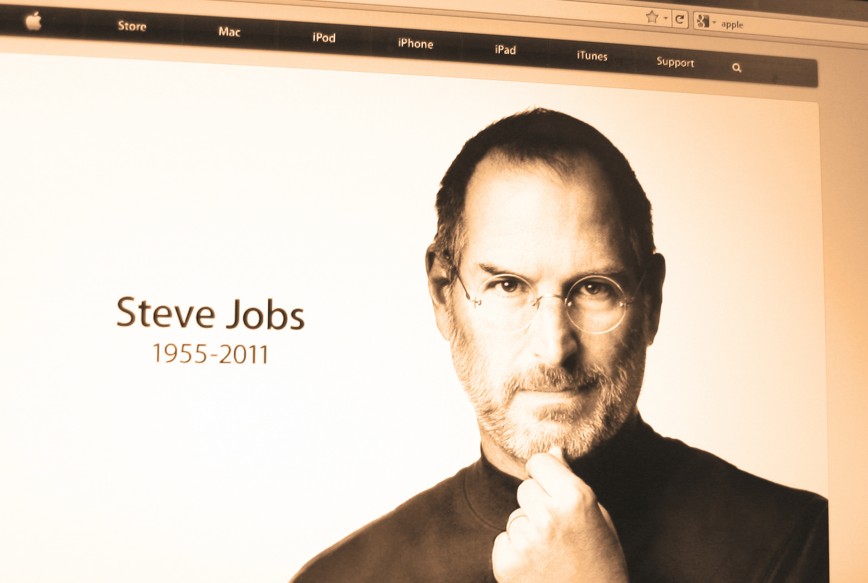 Steven Paul Jobs was born with vision, the ability to see what is possible through effort. His birth parents gave him up for adoption early on, and Jobs was raised in San Francisco by supportive parents.

After a move to Mountain Valley, California when Jobs was five, his father began teaching Jobs about basic electronics. Jobs was able to skip one year of school thanks to his keen intellect.

While attending high school, he met Steve Wozniak, who at the time was developing his own homemade computer. After a stint working on video games at Atari, Jobs took one look at the very first Apple Computer that Wozniak had just completed and suggested they sell it. Thus was born Apple Computer, Inc. in Jobs’ parents’ garage.

After many wildly successful and turbulent years, including the his ousting and return to the helm of Apple, Jobs turned a computer company into a pop culture phenomenon. He oversaw the invention of the iPod, which turned the music industry on its head. He steered a course for new versions of Apple Computers; and he took the mobile phone into the future with the advent of the iPhone.

Jobs passed away in 2011 after a brave battle with cancer, but the imprint he made on consumer electronics will be remembered for generations to come.