Stepping into the light: an interview with David Smallwood

Home Stepping into the light: an interview with David Smallwood 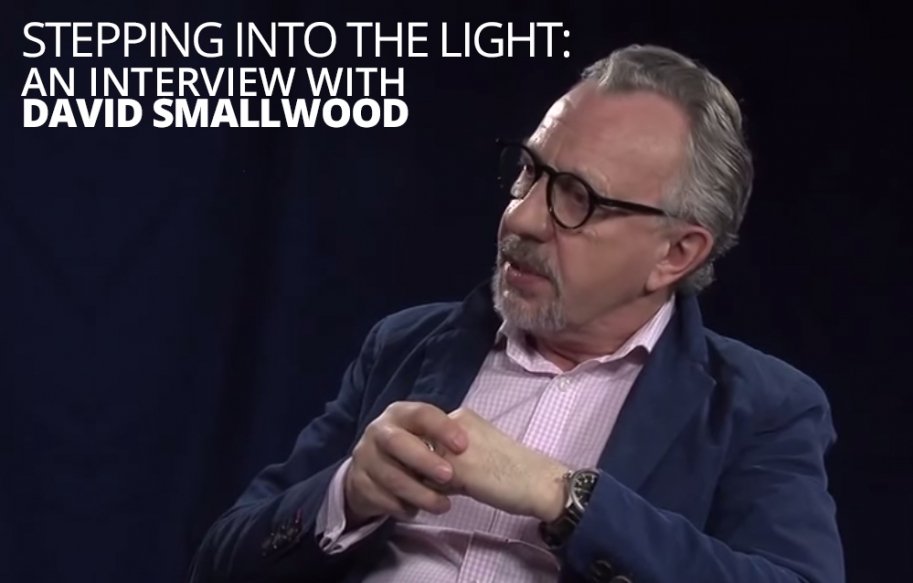 David Smallwood lived with deep-seated fear for most of his adult life. The Best You looks at how he turned his sensitivity into a source of good for others.

From the moment he was born, David Smallwood was terrified of the world.

“I was born a little more sensitive than other people”, he says. His father was a man’s man, he recalls, before adding:

“I was much more of a shy little boy. I was frightened from the moment I can first remember until the time I was about 35 or 40 years old.”

Now a relaxed 63-year-old, he has two jobs, one as a private practice addiction therapist in Harley Street and the other as treatment director for nine centres in the UK. He is a contented gay man – a world away from the frightened boy he once was. But it wasn’t easy to get there.

Growing up in Atherstone, Warwickshire, David was strongly aware of somehow being ‘different’. His father, an ex-World War II veteran who fought at Monte Cassino and El Alamein, sensed it too, referring to his son at times as “a bit of a pansy.” Though David didn’t know at the time he was gay, hearing his father talk of what happened to homosexuals in the army only frightened the lad further.

“The thing that I had all the time, constantly, was terror”, he confesses. He was bullied “every day from the moment I first went to school at five years old until I left at 15.”

From there he went to work in an engineering factory with what he laughingly describes as “4,000 homophobic Coventry City supporters. That was a nightmare. I hated every second of it.”

To get some relief from his constant fear, his GP prescribed the benzodiazepene-based drug Lorazepam. In the long run this worsened the problem with tranquilliser addiction. “Then, at 18 I got addicted to alcohol, and the rest is history. It was just a nightmare until I got recovery when I was 36.”

After leaving the factory, David became a salesman, flying around the world on company expenses, “which is a great way, if you’re an alcoholic, to really have a good time”, he says with characteristic humour.

“When the effects of the Lorazepam and the alcohol wore off I’d be in a state of anxiety constantly, even though, as a salesman, for instance, I was going in to hospitals and selling things to doctors. That was a total sort of TV picture, there was no me in there. I was just terrified all the time.”

Pulled to jobs that enabled his addiction, he began running pubs and restaurants around the country, before managing the biggest turnover pub in London.

Then, at the age of 36, he hit rock bottom. A mental breakdown found him in a psychiatric hospital. He was allowed to go home for the weekend, but that’s not what he did. He spent the weekend on a bender. He was taken back to hospital “in the back of an ambulance, handcuffed with a policeman sitting on me. That was pretty much the lowest it got.”

His life changed when he joined Alcoholics Anonymous. The psychiatric hospital staff had already told him that the next time they would “take him off to the cells.”

AA introduced him to people he could turn to for help. Despite working in a pub at the time – a job from which he was trying desperately to leave – his life began to turn around. Part of the programme was to start teling the truth. David came out as gay to his wife, to whom he’d been married for 20 years, and they went their separate ways.

Then, at an AA meeting in London, David was given the telephone number of Dr Robert Lefever, an expert who ran Promise, an addiction treatment centre in South Kensington.

“I was 46 and I went as a trainee therapist, with my daughter at a boarding school and a mortgage and was earning, I think, £10,000 a year.”

Before long he was working for Promise. After various qualifications he went on to become their treatment director and then treatment director at the famous Priory Hospital in North London, part of the Priory Group, where he ran their addiction unit for 12 years.

On top of this, David also runs his private practice in Harley Street, helping people overcome addiction on a one-to-one or group basis. “I think the group process for addiction is the treatment of choice, it’s much, much more powerful.”

So what causes alcohol addiction?

“There’s a lovely phrase that goes, ‘I was born two drinks short.’” David explains it means that in order to function normally and not feel the fear and pain of life, someone just needs two drinks.

“The problem is the two drinks short became 10 drinks too short and onwards. There’s a tolerance build up. As the tolerance increases you need more to get that effect. That’s when people wake up feeling awful; that’s when people can’t function properly when they get all sorts of illnesses.”

David has formed an understanding of his prolonged fear. A senior advisor at The Meadows in Arizona, a woman called Pia Melody, once told him how a sensitive child is prone to feeling fear, which means the child responds to being shouted at or even a dog barking as trauma. The reaction gets trapped in the limbic system, the emotional centre of the brain, which means that no matter how much one reasons about a fear, it doesn’t go away because the fear reaction is “locked in the limbic system.”

In David’s case, the combination of seeing his mother and father being ill and his father’s disapproval was enough make him feel abandoned and, therefore, afraid.

His advice to anyone dealing with addiction is to seek help immediately.

“I don’t believe that the average addict is capable, and this is just my experience, of actually getting well on their own. They need other people to help them. We need identification, we need affirmation that we’re okay as people, and the best people to do that are other people with the same illness.”

David is also clear that addiction isn’t only about alcohol. It’s about anything that is close to hand. In his Midlands town the addictions available were alcohol, tobacco, and sex. “Had I been living in South Kensington as a child,” he says, “I might’ve ended up on cocaine.”

As for cannabis, in his mind it’s clearly a gateway drug: “If you’re looking for something to fix that feeling of sensitivity of not feeling good enough, it doesn’t matter what you pick up”, he explains. It can even be sugar, which he thinks is “the most addictive substance on the planet.”

As for his own addictions, in the tradition of AA he confirms that he is still an alcoholic, but he hasn’t taken a drink or drug for 27 years.

Being responsible for nine treatment centres keeps him busy.

So perhaps it is possible to be addicted to something that is – rather than bad for yourself – good for others.

David confirms the idea, He is indeed a “workaholic”.

So, what mark does he want all this work to leave on the world?

“I’d like it to be that I moved the treatment of addiction forward just a bit, that I actually helped a few people to understand the process a bit more than they had before. If I had a little bit of that, I’d be really happy.”

David Smallwood at a glance