Starting over, yet again by Sophia Husbands

Home Starting over, yet again by Sophia Husbands 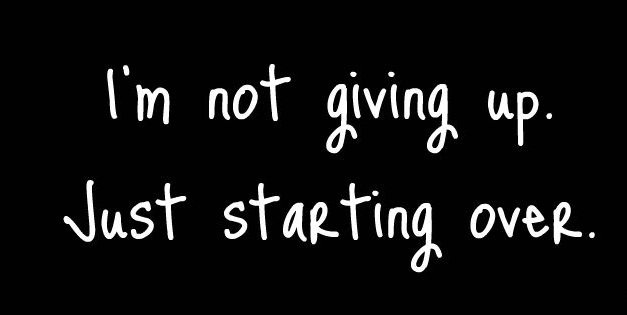 It’s amazing how much we rely on information technology these days: iphones, text messaging, mobile phones, internet, Skype to name a few. What did we do before these inventions, I wonder at times? With me, I cannot get by without my beloved laptop – it contains my life – information such as my notes, presentations and articles.  (One Christmas to emphasize this last point, a friend bought me a cup with the caption: “I love my computer”)

Then came the deadly word in the world of computers, system recovery, my whole system crashed and I had not recently done a back-up. It is true what they say that one must have a “back-up” or a plan b; and I had not applied this. So all my work, data had been wiped from my system. What was I to do? Jump up and down, curse the pc or moan about how unfair life can be. No, I have to move on, learn my lesson: must back-up my work at regular intervals and move forward.

This whole situation with the computer was an illustration of how we are at times is faced with having to start again or afresh. This can be from a relationship break-up to having to find another job, after being made redundant. But this is life, isn’t it?

Nearly two months ago, I was due to commence a project and then came the phone call whilst I was driving, saying how the project is off.   There goes my city break that I had planned for the next month – I was not a happy girl!  The actor Jason Isaacs, one of the stars of the film Harry Potter once commented in an interview once:” Every time I make a plan, God laughs at me”.

So was it better to go with the flow, have some form of plan and if you were put off track, modify it. Deviations can be good! I remember reading somewhere about how a Japanese motor vehicle manufacturer came up with a concept by accident: and this resulting in them discovering a market for a smaller, more “agile” motorcycle. By the original plan not going through they still ended up being winners.

This thought process is akin to many sayings: “there is a light at the end of the tunnel”; “Once one door closes, another one opens”; “if at first you don’t succeed, try, try” and I could go on. I worked abroad before, and due to external factors had to return home. I can remember feeling disappointed about how things did not go to plan.  But interestingly, a few months later I began a new process that led me to my now business. If my original plan went through would I have my business?

Going back to my project, a few weeks later I received another phone call to say that: “it is back on”. So it must have meant to be; the plan.