Home A social media deity: an interview with Lon Safko 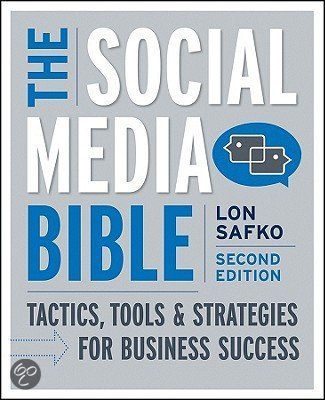 Social media has changed to the way we live and work, for sure, but has it been for the better? We chat to Lon Safko, who has dedicated the last few years of his life to understanding it and learning how to take full advantage of its powers.

When you think of social media, you probably think of tweens on their smartphones tweeting about One Direction’s whereabouts, but the plethora of available social media platforms offer you a lot more valuable information that that. Twitter streams news tailored especially for you, while Facebook keeps you in contact with your friends and family, but if Lon Safko had to choose one social media platform as his favourite, it would have to be LinkedIn. “It’s a professional network, everybody in there is professional, nobody is exchanging pictures of their kitty cats or their chocolate chip cookie recipes; they’re there for business”, he explains. “I use it at least once a day for connecting with people, for tracking down prospects, for building relationships.” But that doesn’t mean he doesn’t appreciate the other platforms. “Facebook has is over a million members so the opportunity is huge. Twitter, you could send out a Tweet and the customers can actually read it, comprehend it, benefit from it in less than five seconds”, he says.

There’s a reason we associate social media with the younger generations. As a relatively new development, it’s tweens, teenagers and millennials have grown up in the internet generation. It has become part of their lifestyle and it’s impossible for them to imagine what life would be like to not share an Instagrammed image of what they had for breakfast with their thousands of followers. But Safko says shame on anyone who sees social media as a young man’s game. “I’m 58 years old and I wrote the most comprehensive book on social media on the planet,” says Safko. “Younger people are comfortable with technology because they’re immersed in it ever since they were born whereas the older generation, the fifties and sixties, we kind of had to adapt to all the new technologies thrown at us. So it is a little bit more difficult for older generations than it is for the younger. But don’t forget the older generation has the grey hair; we’re the ones that know how to sell. We know how to build relationships. The young kids they know the technology, that’s for sure but they don’t have the experience that the older generation has so it’s really a collaboration of both.”

An article was published on the Forbes website a few months back, and it went viral. It was a list of things that 20-year-olds don’t understand, and one of the points was that social media is not a career on its own, but part of a broader marketing profession. When this came up in the conversation, Lon got quite animated. “That is the entire subject matter of my latest book with millennials. It’s called the Fusion Marketing Bible. The biggest trend in 2013 was that these millennials who had been hired at exorbitant salaries to do social media are now…

getting fired. The reason is social media marketing is not a standalone set of tools; it’s just marketing. Back in the ‘60s, a lot of large corporations and agencies had vice presidents of television advertising. Nobody has a vice president of television advertising today, and the thought of that is ridiculous. But back then that was a new technology. Once we got comfortable with television advertising we simply realised that’s just media like everything else. The companies that are really smart, the ones that are going to be the most successful and have the edge, are the ones that are going to blend social media, traditional marketing and digital marketing, all into one department that’s just called marketing; completely and fully integrated.”

Social media may not be a stand-alone career, but it’s certainly not going anywhere soon. Embrace it and discover all it has to offer. Lon Safko is proof that age is no excuse for not taking advantage of it. “Everything is really, really easy but it’s new so it’s going to require just a little bit of a learning curve. But once you do it and see how powerful and useful it is, really you’ll want to do more and more. So get over it, get into it, try it and when you see how well it works out you’re going to want to do more. It’s not that tough.”

How to Dominate Your Market One Tweet at a Time

The ultimate entrepreneur for the Information Age