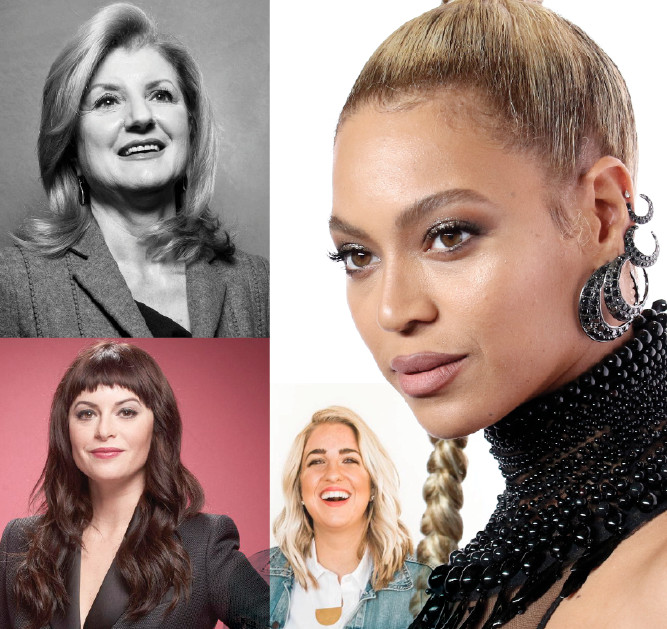 Women are increasingly present at the very top of the world of business, rubbing shoulders with titans of industry and – in many cases – quickly outstepping them. But it hasn’t always been like this. Fighting misogyny, misconceptions and never-ending roadblocks, female entrepreneurs have faced it all – and risked it all – to pave the way for others. Here are some of the brightest lights.

In addition to founding one of the largest publications in the world, The Huffington Post (which is also Pulitzer prize-winning), the legendary businesswoman is also CEO of Thrive Global – a company using everyday technology to end dreaded stress and burnout.

No top female list would be complete without the ever-amazing Oprah, a woman many believe will one day become the leader of the free world. Her life experience, attitude and – of course- her popularity, all tick the right boxes for many voters. She started out as the host of the AM Chicago talk show in 1984, and today The Oprah Winfrey Show is America’s top talk show, with massive franchising around the world, including books and a monthly magazine as well as countless philanthropic projects.

Jenna is a podcast host, online educator, businesswoman, artist… the list goes on. A self-described ‘nerd when it comes to the numbers’, her mission is to teach others how to make a living doing what they love. She’s juggles having a young family with managing a very successful business.

As both the founder and CEO of fashion retailer Nasty Girl and author of bestselling novel, #girlboss, it’s no surprise that Sofia was named by Forbes as one of the richest self-made women in the world.

Not just a global megastar performer, Beyonce co-founded the fashion label House of Dereon with her mother, Tina Knowles, in 2004. And in 2012 Beyonce added another credit to her entrepreneurial CV when she launched shop.beyonce.com, a branded apparel and accessory marketplace.

The co-founder of Sun Media is one of the most powerful women in Chinese media — and often called China’s Oprah. Yang’s multiplatform empire spans TV, newspapers and magazines…

The Modern Family star is the critical co-founder of a 17-year-old talent management and new media company, LatinWE, which pulled in an estimated $27 million last year. And this year saw the release of a social networking site connecting millions of people.