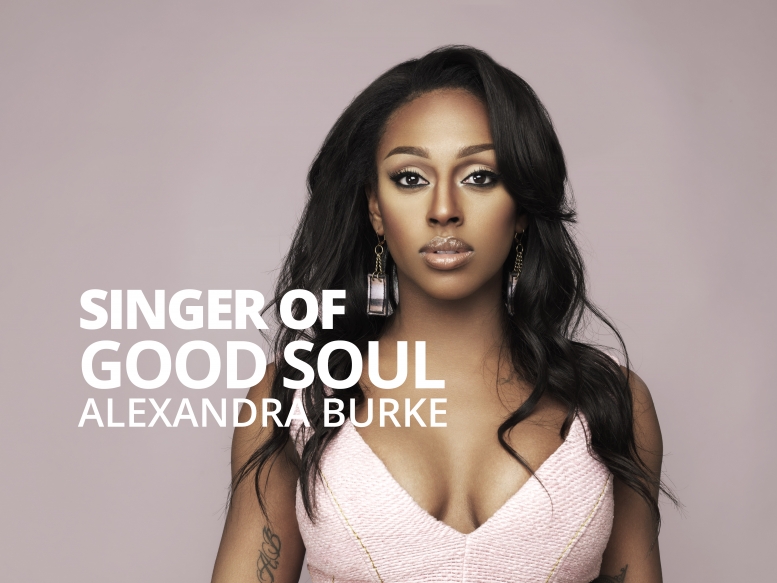 With an outstanding musical heritage, X-Factor winner Alexandra Burke has enjoyed international success as a singer. Bernardo Moya catches up with the star

When she was a little girl, Alexandra Burke believed that she owned Alexandra Palace. Her mother would take her there from their home in Islington to roll down the hill at weekends, announcing, “We’ll visit Alexandra Palace as it’s all yours!” For a kid from a working class family who shared her school friends’ lunch so she could save the £2 a day dinner money to give back to her mum, it was a way to think big. Maybe that’s what helped the girl from the council house find success.

Today, she tells me in that unaffected, refreshing way, her mum is still her number one inspiration, as she has been for a long time.

When Alexandra was nine, she saw her mum singing on Top of the Pops with the band Soul II Soul. She decided there and then to follow in her footsteps. Her mother encouraged her to follow her dreams and they nearly came true surprisingly early, thanks to Stevie Wonder.

“I met Stevie through my mum when I was 12 years old. He wanted to sign me then but my mum didn’t think it was such a good idea at the time. I was in school and of course very, very young,” she laughs. “I think she was definitely right.”

Since then she has matured into a fabulous performer. At 12 she was the youngest contestant on television show Star For A Night, runner-up to eventual winner, Joss Stone.

At 16, she was shortlisted for X Factor but was rejected by Louis Walsh. She went away after that blow only to return for series five, a stronger and more accomplished singer with a whole new attitude after taking singing lessons.

Her musical inspirations, she tells me, were and still are Whitney Houston, Mariah Carey, Aretha Franklin, Gladys Knight, Dionne Warwick, Stylistics, Temptations. “I’m very old school at heart when it comes to music,” she confides.

After the nerve-wracking competition, she went on to win the finals in 2008, following on from Leona Lewis’ fantastic win the previous year. Her first single, Hallelujah became the European record-holder for fastest-selling single, selling 105,000 units in the first 24 hours, beating Leona Lewis’ record. Now, seven years on she has had a string of tours, hit singles and albums to her name, has been involved in two number one charity singles. She went on to play the role of Rachel Marron in the West End and touring versions of the Bodyguard. Her personal fortune is estimated at £8m.

Though these are extraordinary achievements, they’re not what she rates as the most important things in her life. Perhaps remembering the ups and downs of her mother’s career as a singer, she remains humble about her experience.

“I’m the kind of girl that doesn’t take a day for granted,” she tells me. “For me achievement, any achievement, is massive because I’m a girl that’s just come from Islington. I left school at 15 and all of a sudden I had a career at 19. So, I think for me happiness is my biggest achievement. You know happiness doesn’t come from money or materialistic things.”

Burke understands well that fame is a fickle master and she takes nothing for granted. When she was a girl, her mum had to live on benefits to make ends meet at times. At others, Alexandra looked after the family while her mother toured.

“I like to keep my feet firmly on the ground and make sure that I look after my family,” she tells me. “I think that’s my biggest achievement… making sure that I’m happy regardless of what ups and downs come my way throughout my career.”

Her straightforward modesty also shines through when I ask about her charity work. Before she went on The X-Factor she toured with Young Voices, a group dedicated to helping children with leukaemia. in 2008, she sang on Hero, a charity single supporting Help for Heroes and The Royal British Legion. In 2010 she sang on Everybody Hurts, released for the Haitian disaster fund, and flew to Haiti twice to support relief efforts. She is also involved in working for the animal charity, PETA. It’s quite a list, I tell her.

“I just think it’s good to give back,” she smiles. “For me I’m a girl that, you know, didn’t get everything handed to me on a silver platter.”

Her work means she has “a voice”, she tells me. “I don’t mean a singing voice. I mean a voice that sometimes when I speak it makes the papers. Why not use it in a good way, instead of using what you’ve been given to be coming out of a club drunk or doing silly things like that?” She adds, “I just think it’s responsible of me to do that.”

Her advice for others who want success is inspirational. “My motto is, you know, never give up and always chase your dreams. I got told at 16 I wasn’t good enough to compete in The X-Factor. Three years later I won the show.” Along the way she admits she had her tantrums, but she stuck to it. “I’ve always had a positive outlook on life and have never, ever lost that, regardless of wherever my career has gone.” She is, she says with disarming honesty, grateful to be living her dream. “I’m a very spiritual person. I believe in God and I give it all to him, so to me why not give thanks? Why not smile? Why not walk around with a big-toothed smile on your face? Because it’s infectious! Somebody else might catch onto it and it might make their day.”

Her current role, starring in The Bodyguard, she acknowledges is hard work but also rewarding. “Repeating six shows a week is definitely difficult but at the same time it’s a lot of fun because what I remember is that the audience are never the same… You wanna give them the best you can possibly give every single night.”

She also talks excitedly about her first gig in several years, with her own band at The Jazz Cafe. “I think for me it’s such a huge, huge thing for me to be able to perform at Jazz Cafe because it’s one of my dream places to perform and I can tick it off my bucket list.”

For the future, she wants to act more. “I’ve got the bug for it now and, it’s something I used to do when I was much younger but never had the opportunity to really express how much I loved it. After Bodyguard, I really want to take on another West End show depending on what’s out there.”

And will there be more singing? She assures me there most definitely will be.

“I haven’t reached my peak yet because I’m only 27 so to me I just want to make sure that whatever music I put out it’s from the heart and from the soul and people can actually hear that I can sing.”

And beyond that? How would she like to be remembered?

“You know, one day when God decides to take me from this earth I just want people to remember me as a bubbly, young person. That I just loved to sing and my outlook on life was always positive and I always wanted to put smiles on people’s faces. That’s all that matters to me – to see people smile and see people happy. Because life is too short to be sad.”