Simon Cowell – Never an idol moment by The Best You

Home Simon Cowell – Never an idol moment by The Best You 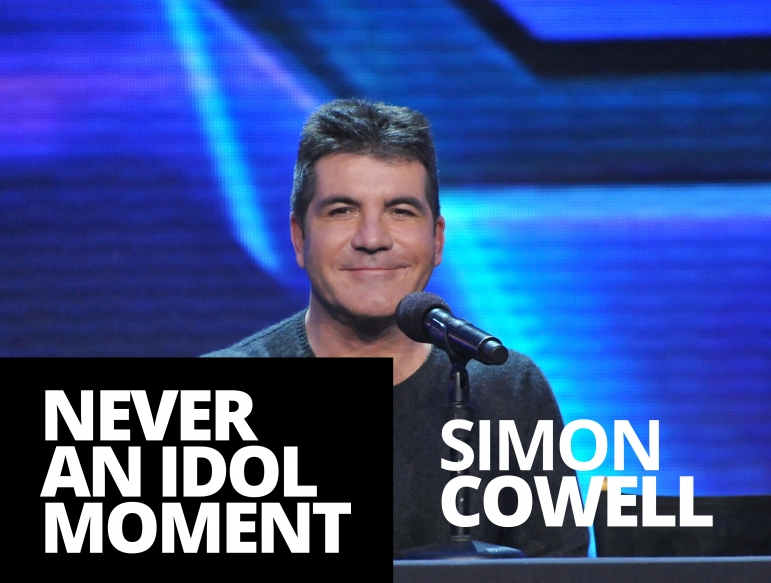 With his acerbic comments and impervious thick skin, Simon Cowell has masterminded one of the world’s leading entertainment shows, amassing a £300m wealth and international stardom for himself and his talented mentees. We look at the life and career of Cowell and ask, is he really Mr Nasty?

Simon Cowell is famous for his ability to say it as it is, sometimes with a degree of devastating humour and often with no frills at all. Many would say it has made him a fortune. But straight-talking is only a small part of the many skills he uses in his business life.

Born in 1959 in Brighton, Cowell grew up the favoured son of his mother Josie (aka Julie), a dancer, actress and socialite, and father, Eric, a handsome and successful estate agent and quantity surveyor. His parents had four children between them from previous marriages and Simon and his younger brother Nicholas grew up in a lively, loving environment. Perhaps that love was the stronger because Julie miscarried twice before she finally gave birth to Simon. He grew up indulged and adored, first in Lambeth, London, and soon in Elstree, Hertforshire, where they moved soon after Simon’s birth.

Early on, Simon was surrounded by fame. Internationally renowned stars could be seen arriving in luxury cars at Elstree’s film studios. The Cowells’ house stood on five acres of private woodland, next to the home of Gerry Blatner, head of Warner Brothers Films, UK. Young Simon even sat on Bette Davis’s knee as she learned her script, and watched Roger Moore filming The Saint.

It is impossible to say whether his loving and warm home life made him so willing to express his opinions without fear, or whether he was simply born strongly individualistic. As a child he commented to his mother when she asked what he thought of her outfit that she looked “like a poodle”, or, later “like a canary”. He also expressed strong opinions about music – even taking a screwdriver to one of his mother’s favourite albums. Nevertheless, his father and mother were supportive, perhaps to the extent of indulgence. Their child grew up mischievous, opinionated and high-spirited.

He hated school, with its discipline and conformity. “I was always bored at school,” he recalls. “I didn’t like the rules and I didn’t like the discipline.” Told that these were the best days of his life, he considered jumping off a bridge. He was expelled from Radlet Prep School and sent to boarding school at Dover College. From here, too, he was occasionally suspended. When he was 12 he was arrested for hi-jacking a bus at gunpoint (the ‘gun’ was in fact a pea-shooter toy, but the driver didn’t know that), and later as a teenager joy-rode a car from Elstree Studios, which he crashed.

Imaginative and mischievous, he found ways to play tricks on his mother and family, posting adverts for ‘French Lessons’ in the local Post Office and listening to his mother field calls from undesirable men who thought they offered more personal services. At a wedding, he pushed the bridesmaid in the swimming pool, got the groom’s dog drunk and rearranged the table plan so he sat at the high table.

Cowell had energy and passion, but no outlet. He was intelligent, but needed to find a way to use that intelligence. Only one thing interested him: “Money. As much money as I can get my hands on,” was what he wanted. Learning to use a bunsen burner in a chemistry lesson would not take him there, he realised, and he left school with two ‘O’ levels, in English and English Literature, and later an additional one in Sociology.

His father lined him up for various jobs, including labouring (he lasted two hours), the Civil Service (he insulted his interviewer and was described as the least suitable candidate they’d ever had) and a Tesco worker (he traded insults with the manager). He finally got work, first at Elstree Studios as a runner, and then at the place that would see the start of his long rise to fame: the massive record company, EMI.

His job was to identify songs from EMI’s US catalogue and match them to British artists. He had a flair for it and built an extensive knowledge of the music world. He had confidence and belief in his own taste and became an unrivalled authority. On meeting with A&R men from other labels, he within weeks tied nearly 20 songs with artists. This discernment, this ability to see potential is his greatest skill.

Moving to Fanfare Records, Cowell met up with 15-year-old Sinitta Malone, aka Sinitta. He recognised her ability and was convinced a new song So Macho would be a hit. Then he was told by his boss he was closing down the recording side of the business. Cowell used all his charm and persuasiveness to keep the division open long enough for him to launch the record. On a budget of £5,000, with Cowell working under extreme pressure, he brought in a £1m return. Cowell could make hits happen.

Charm and determination were also needed in wooing producer Pete Waterman, of Stock, Aitken and Waterman fame. Cowell saw in Waterman a man with extraordinary experience from whom he could learn. Yet, Waterman would not work with Cowell or Sinitta. For two years, Cowell shadowed the older man, unpaid, doggedly watching and learning. Eventually, Waterman relented, and Toy Boy was released with Waterman on the team. It was another massive hit.

Throughout the 80s and 90s, Cowell identified and exploited opportunities. Seeing the massive influence of television, he approached the WWF, and for its huge US TV audience, produced the album Slam Jam. Filled with tracks by famous wrestlers, it sold 1.5m copies. Other TV tie-ins included albums by Roland Rat, Robson and Jerome and even the Teletubbies.

Then came further bands, including Five and Westlife, the latter being introduced to Cowell by impresario and producer Louis Walsh. In each case, Cowell showed his winning ability to identify opportunities, find the magic ingredient and make them really work.

This is the background to the man who went on to be called ‘Mr Nasty’ by the British Press. He got the name from appearances on his TV show, Pop Idol. The show’s history was interesting. Cowell had declined to appear on another show called Popstar but later realised it was a fantastic idea. Cowell, along with Pete Waterman approached Nigel Lythgoe – the deviser of Popstar and offered to make a refined version of the show. Lythgoe agreed, and the rest was history.

Cowell’s refinement to the series was to bring in a more judgmental, straight-talking panel of judges. He’d already been told that the straight-talking arguments he had with Pete Waterman made great entertainment – but he also demanded straight-talking with the hopefuls who auditioned. Some auditions were also broadcast, and the disbelief of some reject hopefuls made for addictive car-crash viewing. Then, the growing intensity of the rivalry between judges and their protégés set the TV world alight. But most memorable of all were Cowell’s dismissive comments. Finding new ways to tell people they couldn’t sing was his forte, a skill finely honed. Hence the sobriquet, ‘Mr Nasty’.

But there is far more to Simon Cowell than harsh words spoken under the studio lights. His skills come from a powerful combination of self-belief, instinctive discernment and an ability to see opportunities that others don’t as was the case with Sinitta and Roland Rat. He is deeply dedicated and competitive and feels it badly when he misses an opportunity. Just so when he passed up The Spice Girls, and they were signed by a rival. But he learns from his mistakes and moves on again. Indeed, in the 1980s. during the stock market crash, he lost a fortune in shares. He was forced to move back home with his mum and dad. Yet he took the setback on the chin and rebuilt from there. It’s true that he had a secure home to go to, which meant that he could afford to fail and start again – but his home life gave him a resilience that has given him great strength throughout his life.

Is he really ‘Mr Nasty’? The question really speaks for itself. Simon Cowell has too many friends in the business to be simply a two-dimensional ogre. Even to those he has attacked on screen, he is charming when he meets them again. He is nasty in the way a pantomime devil is nasty. But when the greasepaint comes off, there stands revealed a far more interesting, intelligent and driven man.