Shifts in the workplace by Liz Barclay

Home Shifts in the workplace by Liz Barclay 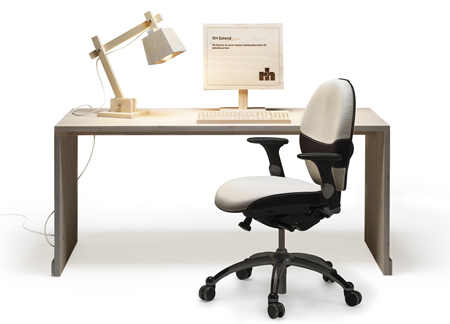 The world of work is changing. Jobs as we know them – working for one employer to do a particular task – are becoming a thing of the past. Small business journalist and adviser, Liz Barclay, says fortune favours those thinking out of the box.

Almost one million – that’s more than a fifth – of 16 to 24-year-olds in the UK are unemployed. 73,500 of those have been unemployed for more than a year – almost 3 times as many as three years ago. Youth unemployment has gone through the roof and a generation of young people, their talents, qualifications and education, could be lost to our future workforce. The picture is even bleaker in some European countries.

Youth unemployment has been growing over the last 10 years. With more older people staying on in work because of changes in state pensions and retirement ages, poorer work pensions, and the need to carry on earning as prices rise relentlessly, it’s harder for young people to find jobs. And when there are job vacancies, bosses say many young people simply don’t have the right skills and qualifications. Leaving school without any qualifications is almost a guarantee of unemployment.

The future is digital and mobile, and young people who understand that are carving out careers for themselves. One in ten workers now spends all day on computers and mobile devices. They send on average 10,000 emails a year, one in ten never make phone calls, almost half never send letters. The workplace is changing, and having been brought up with digital and mobile technology makes young people more suited to that future than older workers.

“The Future of Work” study by Richard Watson and Andrew Crosthwaite suggests that in just two years time around four out of 10 of the total workforce will be mobile. Bosses will increasingly hire freelance workers as and when they need them. Jobs will be replaced by portfolio careers with people doing part-time work for several different firms at the same time – some on a freelance basis (responsible for paying their own tax and National Insurance) and some on the books as employees.

The young people now building portfolio careers for themselves in this way will be 60 plus in 35 years time, and by then the over 65s will make up half Europe’s workforce.

The young people I know who are busy and fulfilled are portfolio working – like the 23-year-old with a business degree working evenings in a bar, studying for a qualification in financial management, making and selling jewellery on a market stall at weekends and accepting short term contracts advising small businesses on various aspects of their operations. The internet and digital technology allows her to work anytime, anywhere and she’s doing more hours than she would as an employee.

Young people are flexible and can switch from one occupation to the next easily. Many prefer the freedom of working for themselves to more formal working structures although it doesn’t suit everyone. There’s a future in it and 16-24-year-olds looking for a job now, might consider building a portfolio instead.

Liz’s top tips for working outside the box