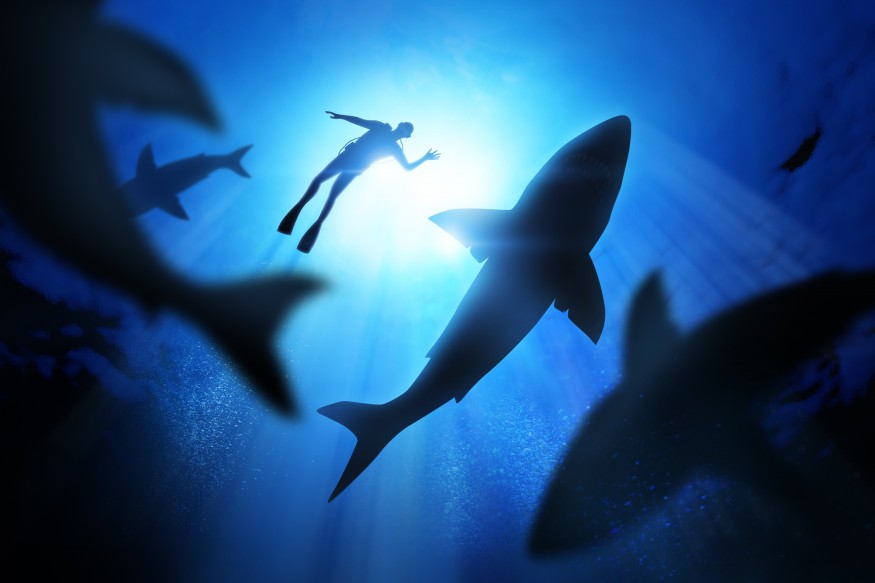 The fear of being attacked by a shark is, by many people, exceeded only by the fear of speaking in front of an audience. This is odd because I have yet to hear of an audience attacking a motivational speaker. Just the thought of it is absurd: a fellow giving a speech to a large audience shares a poignant story and suddenly an angry woman stands up and yells, “That’s not motivational!” And then another guy chimes in, “Yeah, I’m not motivated at all you son of a ****” as he rushes the stage readying a rolled up issue of The Best You to be used as a club.

Audiences don’t really attack, but sharks really do. When I learned why predatory sharks attack – and why they don’t – from a good friend of mine, I was immediately fascinated by this aspect of underwater wildlife because I find that it is not unlike some scenarios we encounter here on dry land. There is at least one powerful life lesson from it that I will share with you here.

My friend, Paul Padgett, is one of the leaders of a group of marine researchers that works closely with National Geographic to document, in words and pictures, the shortfalls as well as the successes in mankind’s quest to be kind to the planet by being good stewards of the world’s oceans. As a gifted photographer, one of the more exciting elements of his job is to take pictures of threatened reefs in places like Belize. And while underwater, he has, on occasion, encountered sharks like the Great White shark shown above (he took that picture while in the open ocean; not in the safety of a protective shark cage).

One day I asked him if he thought sharks sense fear. He said, “Oh, I know they do.” An accelerated heart rate, the sudden, thrashing movements, indicative of fleeing or panic are among the things these killing machines read and pick up on. When a large predatory shark senses fear, they surmise it is safe for them to attack and enjoy their next meal. Conversely, when they do not sense the tell-tale signs of fear, they assume they are in the company of neither a threat nor a meal; a peer. Sharks are just like any bully; they seek the defenceless and they tend to avoid situations that indicate a possible threat.

So, what is the life lesson? If you find yourself in a situation where you feel afraid, do not act afraid. Think rational thoughts about the situation. Ask yourself, ‘What is the worst thing that can happen right now?’ Thinking things through will help you break through the barrier between acting like you’re not afraid and actually not being afraid.

Both sharks and people can sense a fear-based lack of confidence. So no, audiences don’t actually attack, but if an audience, or just the one person you are dealing with, can sense that you are nervous and pensive, you will lose credibility, respect and maybe more. Like it or not, we are all swimming in a big ocean. The best you is bigger and better than whatever you might be afraid of. Act like it until you really, really believe it.