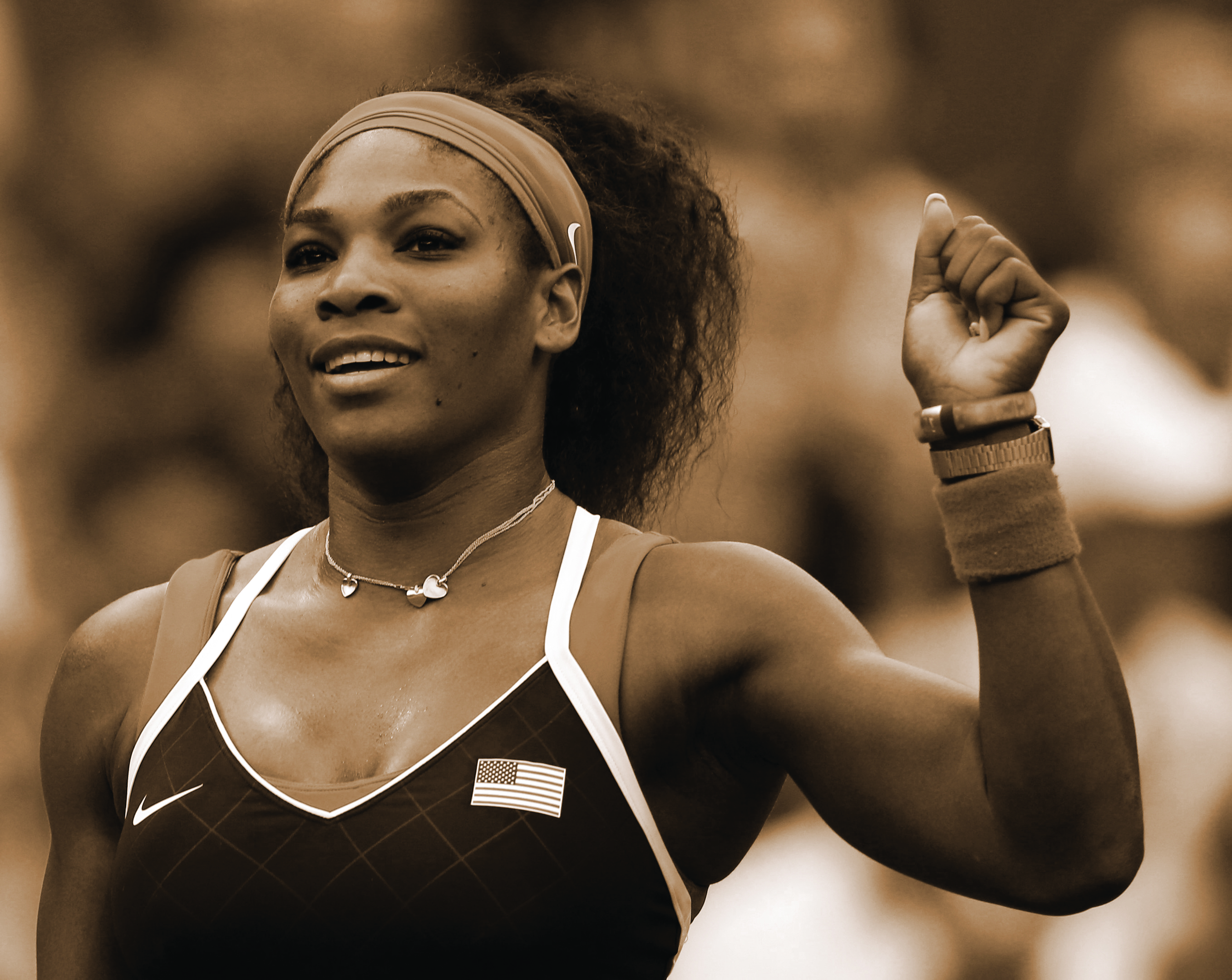 American tennis player Serena Jameka Williams was born in 1981 in Saginaw, Michigan. Her father, a one-time sharecropper decided early to train his girls to succeed. He moved them to Compton, California, a deprived area, to show them their future if they didn’t work hard. When she was three he began practising tennis with his daughter on potholed courts for two hours a day.

Working from tennis books and videos, though he had no training, by 1991 he took Serena to first ranking in the the US Tennis Association 10-and-unders. Professional coaching soon followed when he moved the family to Florida.

By 2006 though, Serena seemed burned out. Her tennis ranking slumped to 139, but religious faith and a life-changing journey to Africa revitalised her. By 2009 she was top of the world’s rankings again.

With 15 Grand Slam singles titles and 13 Grand Slam doubles titles, many business interests, including a designer clothing brand, besides, Serena Williams is a legendary, inspirational figure.

“I’m a perfectionist. I’m pretty much insatiable. I feel there’s so many things I can improve on.”

“With her signature style, her physical athleticism and her determination, Serena Williams is one of the all time greats of the tennis world. Her story is not only one of personal drive, but of team work and close personal attention from a father determined to help her to the top.”