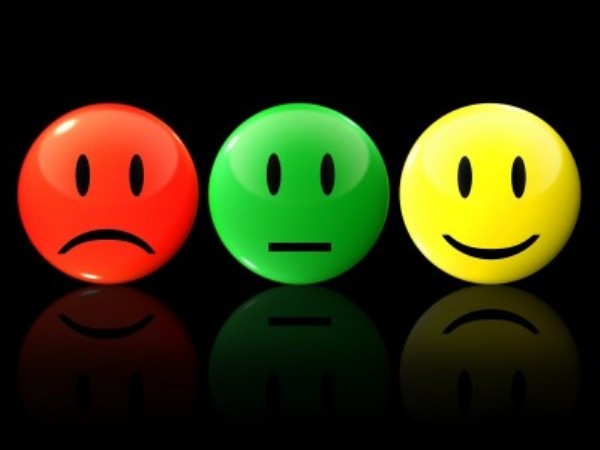 Having watched John Vincent using heightened sensory acuity skills to build rapport with people he is working with, Matt Wingett considers some of his own experiences with sensory acuity, and how this can really help with clients in NLP sessions.

Some time ago I saw John Vincent pull off some amazing “magic” effects using a little bit of suggestion and close observation of the people he was working with.  John has plenty to say about how to use sensory acuity to communicate with others more subtly, and his insights are fascinating to behold. He guides people to pick a card that they were always going to pick, to plant suggestions – and to work out pretty much what they’re thinking.

While I am nowhere near to John’s level of expertise, over the last few months I have noticed a change in the way that I work with clients and talk with friends.  And, yes, it’s to do with the level of my sensory acuity, and how I “read” others.
When I came off my first NLP Practitioner Course, I was all set to watch closely for body language, and to track the eye movements of people I was talking with so I could get a stronger grasp of what they were doing internally. We were directed to the famous diagram that was devised by Richard Bandler to help us track eye accessing movements, and told to use it by going away and practising.
I have to say that for a while I really worked hard at applying the template to the people around me.  But there were times when I was so far off from what they were reporting was going on internally through their spoken language and other body language that I became a little disheartened with my ability to “read” others using the diagram.
What I noticed over the coming months was that while there were some people who appeared to follow almost to the tee the Eye Accessing Cues outlined in the diagram, there were a lot who appeared not to.  Eyes went all over the place while people were talking.  There was something wrong with the diagram, right?
I talked it over with friends and we thought over what John La Valle and Richard Bandler had said on their amazing NLP Practitioner and Master Practitioner courses.  The thing I realised was confusing me was not remembering that the eye movements I should have been looking for were eye accessing movements.  They occur at the split second when a client retrieves or creates the information they are about to use, and they are not to be confused with what their eyes do afterthe information is retrieved.  What I was noticing was that some people retrieve information at an incredibly fast rate – with just a flicker of the eye, and that for those people it was actually quite difficult to work out from the way their eyes moved what exactly they were retrieving.
For example, one friend of mine, when I asked him to think about something in non-specific terms would look off to his left at about ear level.  I assumed that he was doing auditory construction, as per the Bandler diagram.  But he wasn’t, he was actually making a picture.  Another friend would look straight ahead, after giving only the tiniest flicker of her eye. Another would open her eyes wide and move them all around her while she almost seemed to want to step backwards, when talking about something that distressed her.
What I started to realise was that I was missing the eye accessing cues, but that actually I didn’t need them.  Because all the information I needed was right there in front of me in where they placed their pictures after accessing them.
As I got to watch more and more closely the expressions on people’s faces, the tension in the skin and the way the eyes focussed when an internal representation occurred, I began to realise that what I was actually seeing was the person I was talking with experiencing an incredibly quickly retrieved picture.  These “placement” eye movements needed to be watched for and separated from Eye Accessing Cues.
So, I started to ask questions of the people I was talking with.  I started to calibrate what people were seeing and matching it to their body language.  So, my friend revealed to me that when we talked about a particular situation he had once been in, he always looked over to his left because what he was remembering was being seated at a desk, and the thing he was thinking about was on his left hand side at the desk, at about eye level.  He was associated, in a life-sized picture.

“…This made me realise that I had started to spot the submodalities of an image, the shades of difference that make up a picture…”

When my other friend looked straight ahead, she told me that she was placing a picture straight in front of her, about half a metre away.  I got her to do it again, and watched the ways the eyes focussed.  Watching closely like this (without staring at her wildly!) I began to see how the eyes moved together to make a certain focal point.  Which meant that I could identify the “distance of the picture” from her – that is, how she conceived the visual representation in terms of distance.  I also began to notice how, if one of her pictures was bigger, then she would do a certain amount of scanning to take it all in.  Even bigger and she would lean back a little.  Smaller, and the head would usually move forwards slightly.  She would screw her eyes up a little if it was blurred.
As for my other friend who had such a strong reaction to an unpleasant scene, it became obvious that her physical response and her casting around with her eyes meant that she was right in the picture, and trying to step backward, out of it.  The way her eyes were open so wide, she was clearly living the experience, and seeing everything with movement and with colour.  She was responding to a real time movie that was wrapped around her.
This made me realise that I had started to spot the submodalities of an image, the shades of difference that make up a picture.  As my sensitivity to the submodalities of a picture increased, I began to realise I could watch someone talking and follow them transitioning through a series of associated and disassociated images, some moving, some still, some close to them, some far away, some massive, some small, some a little blurry, some absolutely clear.  I asked them about what they were doing in their heads.  They knew what I do for a living, and they indulged me.  I didn’t get it right every time, but I got pretty close a lot of the time.  Which was great.
What this means is that I was actually able to start tracking their subjective experience, and was even finding myself experiencing it with them as they talked.  Instead of being an outside observer, I found myself in the strange position of being an “inside observer”.
In this way I feel like I’ve got much more of a handle on what clients are experiencing.
I am by no means an expert in this.  I have met people who are absolutely amazing at seeing submodalities.  They spot tiny differences in the images their clients are seeing by paying close attention to the micro-muscle movements in their face.  But even what I have learned has been incredibly useful.
How is it useful?  Well, the quicker you can work out someone’s “internal landscape”, the quicker you get to work with what they are doing.  When I practice, I advertise myself as a hypnotist, and a lot of what a hypnotist does relies on credibility.  Telling someone you’ve only just met that they make a picture just here, and that it’s moving and about so big absolutely has their eyes popping out of their head.  In consultation, half the job of getting compliance and being able to lead them in a desired direction is done if you can just “wow” them in such a way.  Don’t forget, in the big, cloak-swirling history of hypnosis, hypnotists are mysterious figures who do inexplicable things in theatres, and are a little bit other-wordly.  It doesn’t matter if you’re in a comfy white office in Penge with a receptionist in a neat little white number, or in a coffee shop in Portsmouth, there is still a little bit of mystique about hypnosis.  Implying that you can see people’s pictures boosts that mystique and engenders respect and credibility.  “Wow, this guy really gets into my head!”  Though not necessary to affect change, belief in what you do really helps.
Now, if you have doubts about what you’re picking up from your client, then you can always build in a bail-out.  So, instead of saying:  “You make a picture here, it’s in colour and moving and about this big,” which sets you up for a fall, you might say:  “The pictures here, isn’t it?  And… hmmm… I think it’s about this big, yes?  And moving?  And there’s a lot of colour in it?”  With this kind of approach they are still so surprised that even if you get a few wrong and they correct you, they are still wowed by the overall effect. This helps you to help them, which is what it’s all about.
The other reason this is important is that change work is about speed.  I once had Paul McKenna identify in me the place where I made a picture that was distressing me – in fact, an image that was preventing me from writing professionally.  The problem had gone on for 13 years.  Very quickly, he put his hand around that space and moved it away.  It was utterly disorienting and I literally felt a tug in my guts as he moved it away.  Speed helps change stick.
So, there you have it: a few useful tips on how to use sensory acuity to “see other people’s pictures”.  I hope this article gets you experimenting with working out how others picture things – and what that enables you to do to help them!
Good luck.

Want more information about how mastering your communication skills will help you to get more of what you want, become a more successful individual with greater impact in the sales scenario..?

Find out more about our trainings to make you a better communicator, here.