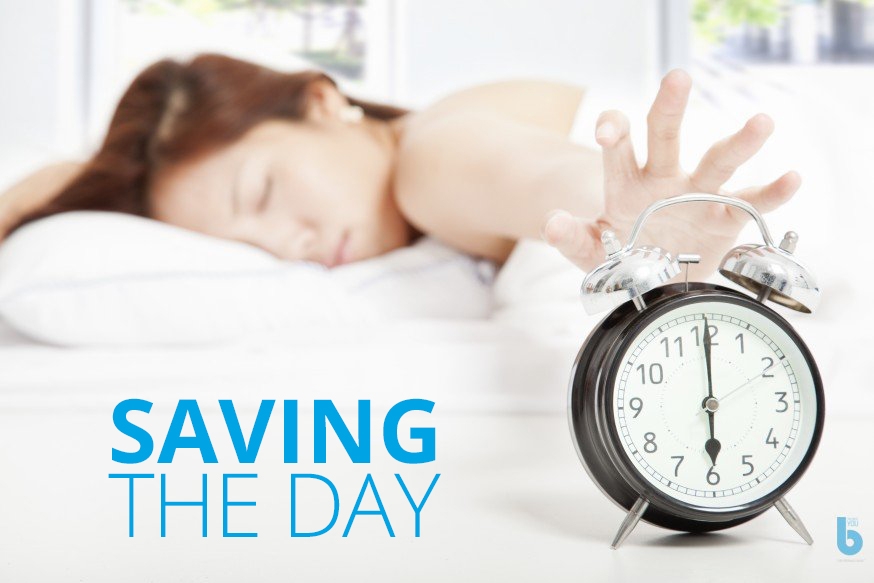 On 26 October, the clocks in Britain went back, giving us an extra hour to spend in bed, or, for the motivated, to get up and do something productive. But studies have shown that many people have a negative reaction to Daylight Saving. The Best You Investigates.

Even though many earlier civilisations adopted some form of daylight saving before, the father of modern daylight saving time (DST) is widely recognised to be a New Zealander named George Vernon Hudson. Hudson was an enthusiastic entomologist whose shift-work allowed him with ample leisure time to dedicate to his passion. However, he was frustrated in winter, when the reduced amount of daylight afforded to him and his creepy-crawly friends meant that his work was prematurely cut short. In 1895, he presented a paper to the Wellington Philosophical Society proposing a two-hour daylight-saving shift.

Put simply as possible, daylight saving is the practice of advancing clocks during summer months by one hour so that light is extended in the evening hours, and sacrificing normal sunrise times. The big idea is to provide extra time for activities that benefit from sunlight after working hours, such as sports and retail. Other benefits include possible reductions of energy usage.

Now there is no denying that Hudson and his fellows meant well, but a recent British survey has shown that DST is not widely embraced by all who are affected by it. The survey was conducted across 2,050 Britons, yielding surprising results. In a nation where DST remains a contentious issue, this could reignite the debate around the merits of the system.

Most notably, 25 per cent of Scots have suffered a “negative impact on their lives”. This comes as a surprise, as Scotland has always been somewhat of a lynchpin in the clock change argument, yet their dissatisfaction is near identical to that felt by the South. It was thought that our neighbours to the north were firmly in favour of DST. The survey also found that women were most affected, with a third of women reporting negative effects.

These negative effects on our health can range widely in intensity and type, but they centre on the ways in which they affect our internal body clocks. It changes our body biorhythms, including our production of cortisol and our production of melatonin.

Their exhaustive study found that cortisol levels indeed do change with the seasons. Cortisol increases three per cent in the summer equinox and 4.5 per cent in the autumn to a height of almost nine per cent increase during the winter solstice. The research indicates that as the sunrise is delayed, cortisol levels rise. The research also found that daylight savings time in itself also changed the morning peak of cortisol by an hour – meaning that the body clock did not effectively adjust to the hour daylight savings time.

While a slight change in the body’s cortisol levels and the delay of peak levels by an hour due to daylight saving time doesn’t seem that critical, it seriously effects our sleep rhythms, and produces an increase in sleep disturbance. And, as numerous studies have shown, sleep disturbances are linked to a wide range of negative outcomes including dementia, heart disease, automobile and workplace accidents.

Researchers from the William Beaumont Hospital in Michigan conducted a study that monitored the incidence of heart attacks – myocardial infarctions to be precise – between 2006 and 2012. The study population ended up being 935 patients, about 60/40 men to women. They found that while there was little increase in heart attacks during autumn – even slightly lower – there was a major spike in heart attacks the day after the springtime change (spring forward) to daylight savings time.

The number of heart attacks the day after the springtime change vaulted 71 per cent over the average incidence numbers. For the rest of the first week after the time change, heart attack incidence averaged an increase of 17 per cent higher than the average incidence rate for heart attacks. This effect upon our sleep patterns was shown in a study by researchers from Germany’s Ludwig-Maximilian-University. The researchers conducted a survey of 55,000 people that found strong connections between daylight saving time and sleep quality.

In this second study the researchers again found that the subjects did not adjust well to the daylight saving time change in the spring, though they adjusted better during the autumn change. This, of course, is to be expected, because during the daylight saving time change, the clock is advanced forward, and this forces a loss of an hour, a later sunrise and a later sunset – both of which rearranges our body clock to the negative. In autumn, this loss of an hour is gained back, allowing an earlier sunrise, which effects our cortisol levels positively.

This study was done for two consecutive years on the same people to confirm and calculate the results. The research found that average sleep time was reduced by one hour and 14 minutes and average sleep efficiency went down by an average of 10 per cent. This means, of course, that sleep disturbance went up by 10 per cent, and the people lost an average of an hour and a quarter sleep due to the time change.

The same researchers conducted a study of 90 people between 20 and 40 years old between 2005 and 2006. Again they wore accelerometers. This study found that daylight saving time disrupted sleep by 54 per cent during the autumn transition and 37 per cent during the spring transition. This was measured using motion during sleep and wakefulness – also called sleep fragmentation.

Why does daylight savings time continue despite proof that it increases heart attacks, increases sleep disturbance and reduces sleep time? These are added to the confusion time changes create, the cost in massive efforts each year to adjust clocks back and forward and so forth. All of which increase the complications of life – meaning they add to our stress factors.

One of the potential compromises is a shift away from the seasonal DST. MP Rebecca Harris is one of the champions of Happy Hour, an initiative that proposes Single Double Summer Time (SDST); a sort of permanent DST that puts UK clocks one hour forward throughout the year.

“The majority of mainland Europe is already on full daylight Saving Time,” she says. “The Royal Society for the Prevention of Accidents and all the road safety organisations conclude that it will save up to 80 lives from fatal road accidents and prevent many more serious injuries, by adding more daylight to the busier afternoon rush hour.  Tourism organisations believe it will increase tourist revenues by as much as £4 billion and create up to 80,000 jobs in the industry, by extending the season and letting attractions stay open an hour longer every day.  Environmentalists like Lighter Later and Green Peace say that less use of electric light during the evening peak time will not only reduce energy bills but also help us meet our carbon emission targets.’

Whatever resolutions are reached, it is encouraging that debate is being generated and that new ideas are being formed around this issue. DST was an innovative idea when it was first developed, but we must allow ideas to grow, breathe and adapt. After all, it is highly unlikely that George Vernon Hudson was aware of all of the contentions his proposal would incur. The poor man just wanted more time with his insect friends.