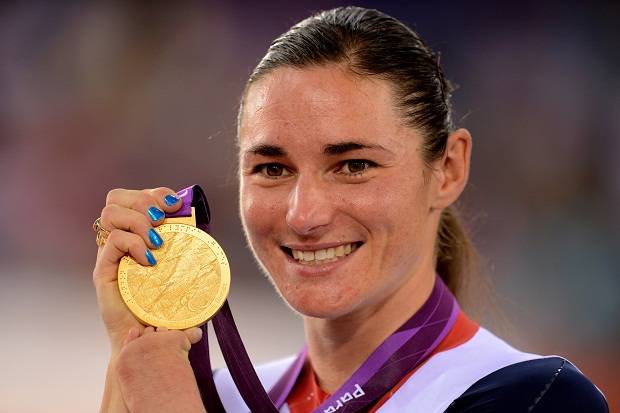 Sarah Storey is jointly the UK’s most prolific Paralympic medal winner alongside Baroness Tanni Grey-Thompson and Dave Roberts. Her life has been a story of focus and success, which involved her overcoming bullying and switching from swimming to cycling. Bernardo Moya chats with her and finds out more about Sarah Storey, Paralympian extraordinaire.

Sarah Storey, now 34 years old, had an ordinary upbringing around her home village of Disley, in the Cheshire countryside. Though she started with what many might term a “disability” (her hand failed to develop properly after the umbilical cord was wrapped around it in the womb), her life was normal. These days her mum works in a nursery and her dad is an electrical engineer. She remembers a very active childhood, and finally settling down at the grand old age of 10 to start focussing on swimming. It all started when she was just seven years old, watching the Olympics on the television, she recalls with relish: “I watched the 1984 Olympics, and it was that Games that really inspired me, and, yeah, and after that, all I ever wanted to do was be an athlete. “So how come she made this decision so early?

“I was always a sporty child, and so I’d just do every single sport. I started my swimming training when I was almost 11,” she says matter-of-factly, as if starting to train seriously in swimming is what most 11-year-old girls are doing, rather than thinking about boys, make-up and the latest pop idols. This was four years before her first Olympic Games, which she took part in aged 14 in Barcelona. To Sarah, this start to her swimming career obviously doesn’t feel very early at all, as she goes on to explain: “I’d been so active as a child, I don’t think it really mattered that I’d sort of started perhaps a bit later than some swimmers.”

Behind all of this, Sarah’s parents were supporting her in her endeavours. “My parents,” she says, fondly, “Well, I owe them everything, really. They just gave their time for taking me to races and training. They’re still right at the front of everything that we do, so, you know, without that family support, then I wouldn’t have been able to do anything that I have done, and I still wouldn’t be able to do anything I do.”

Despite this support at home, which led to her success in the 1992 Barcelona Olympics, life was not as easy back home for her as it might have been. It is well documented that Sarah was on the receiving end of bullying from classmates who simply couldn’t handle her being different from themselves. It was a hard time for her, in which the girls at her school isolated her. They moved chairs to prevent her from sitting with them and would speak horribly about her in the school toilets while she was in the cubicle. They even objected to her turning up at school with wet hair when she had been training in the pool. She is clear that it was never physical bullying, but the environment she was living in had its effect on her. She began to lose weight as she stopped eating, and some reports say that she was borderline anorexic. Her mother, a no-nonsense woman intervened, and told her to “sort it out”. She has said before as saying that her focus and resilience in her sport comes from her ability to deal with the stress associated with the bullying, although in our interview she is far more diffident about the whole thing.

“You know,” she says thoughtfully, “Kids don’t understand things when they’re different to what they know. As often it is with bullying, it’s a question of someone not understanding someone else and picking on them as a result. I had two years at school before I left to do my A levels, so it felt like it was lasting an eternity, but it seems really relatively insignificant now. It had an effect at the time but nothing longstanding, obviously.” She is philosophical about her experience, able now to look on it with the wisdom of hindsight: “You know, being bullied isn’t a nice thing to have to deal with, but I just followed the ambitions and dreams that I had. For me it was all about following my dreams to be an athlete and attempting to be the best athlete I could possibly be. I had a lot of support from my family to make sure that, you know, I didn’t sort of stray off of that path.”

So what advice would she give people going through a similar situation now? “Just be your own person. It’s hard at the time to realise it, but the bully is the one with the problem, not you. So if you’re being bullied and you can look yourself in the mirror at night and know that you’re doing the best you can do and being the best person you can be, then that’s really all you can ask.”

After four fantastic Paralympic games, a new challenge came to Sarah when repeated ear infections made it impossible for her to carry on swimming. True to her no-nonsense attitude to life, she showed the champion’s mindset and switched over from water to wheels. Within three years of the change in 2005, she was winning gold.

She did it by watching – in real life and on TV – everyone on two wheels who competed at a high level. She would watch their techniques on the bike and really get a sense of how to do it. In fact, for Sarah, the change was easy.

“I think every sport has its whys and wherefores and different processes that you follow technically. Physically, there were some similar traits, but it was just a new thing to learn and new processes to follow to train and race.” Buoyed up by her positive attitude and entering into the change with the right spirit was also part of her strategy for success: “I was always sporty so trying a new sport was something that interested me anyway. I mean, I think when you catch the bug for something that takes your imagination, then it’s not difficult to find the time to spend learning new skills or a different style, as it were. So for me, it was just a bit of an adventure, something that was a little bit of a change.” When asked how she maintains her dedication, Sarah is really clear that the events in which she is involved are motivation enough!

“When you do what we do, it’s easy to be motivated, especially when there’s a home Games on the horizon and the chance to be the best athlete you can be.”

As for setbacks, it’s no surprise that Sarah is pretty dismissive of them.

“You know, everyone has a bad day where they don’t feel so great. I mean, it’s raining and they don’t really want to go training – but at the end of the day, this is a once-in-a-lifetime opportunity so, you know, you soon get round it and soon find that you give yourself a good talking to and get on with the job.

“She continues: “I think we’re in a very unique position and are very fortunate that motivation is never a problem, really. Sometimes fatigue gets to you, when you’re so tired, you wonder how you could possibly get through the next training session without killing yourself. But fatigue and motivation are two completely different things, and struggling through training because you’re tired isn’t the same as being demotivated. “While talking with Sarah, it has become so obvious that her focus, her excellence at what she does and her motivation was exactly the same as anything experienced by able-bodied athletes. In fact, Sarah has twice won the British able-bodied national track championship. There is a growing recognition of the impressive nature of Paralympic athletes, and there is no doubt that the London Paralympics marked a new high in recognition for “disabled” people. Sarah is very clear about this.

“I think the perception was always that the Paralympics were something that was second to the Olympics. It came second, therefore it wasn’t as important. But for us as athletes, the amount of competition, the intensity of it has always been very real. Now I think the general public have realised that themselves. That’s thanks to great media coverage and more people and more tickets and bigger venues and all the different things that played a part in making it more public. Finally, people have come into our world, and are starting to understand what we mean when we say we’re not second-class citizens, we’re elite athletes as well. They’ve now seen it first-hand and understand that, and that’s the greatest thing is that the word ‘disability’ is almost redundant.”

This attitude is reflected in her answer to what she would tell others who might believe themselves to be in some way “disadvantaged”.

“I think you, you have to look in the mirror and make sure you’re doing everything you possibly can, and if you want to do something badly enough, it doesn’t matter about other people’s opinions of you or the situation. If it’s a dream of yours, then you find a way. There are lots of situations where athletes have coached themselves for a while or had to buy their own training time at a training centre, because they didn’t have anyone showing any interest in them. So, whilst money makes a lot of the world go round, if you want to do something then, you know, money doesn’t come into it – you find a way of doing it anyway. I know athletes who’ve gone into incredible debt just to fulfil this dream of becoming Olympic or Paralympic champion, and when they do that, you know, the rest of it seems insignificant.”