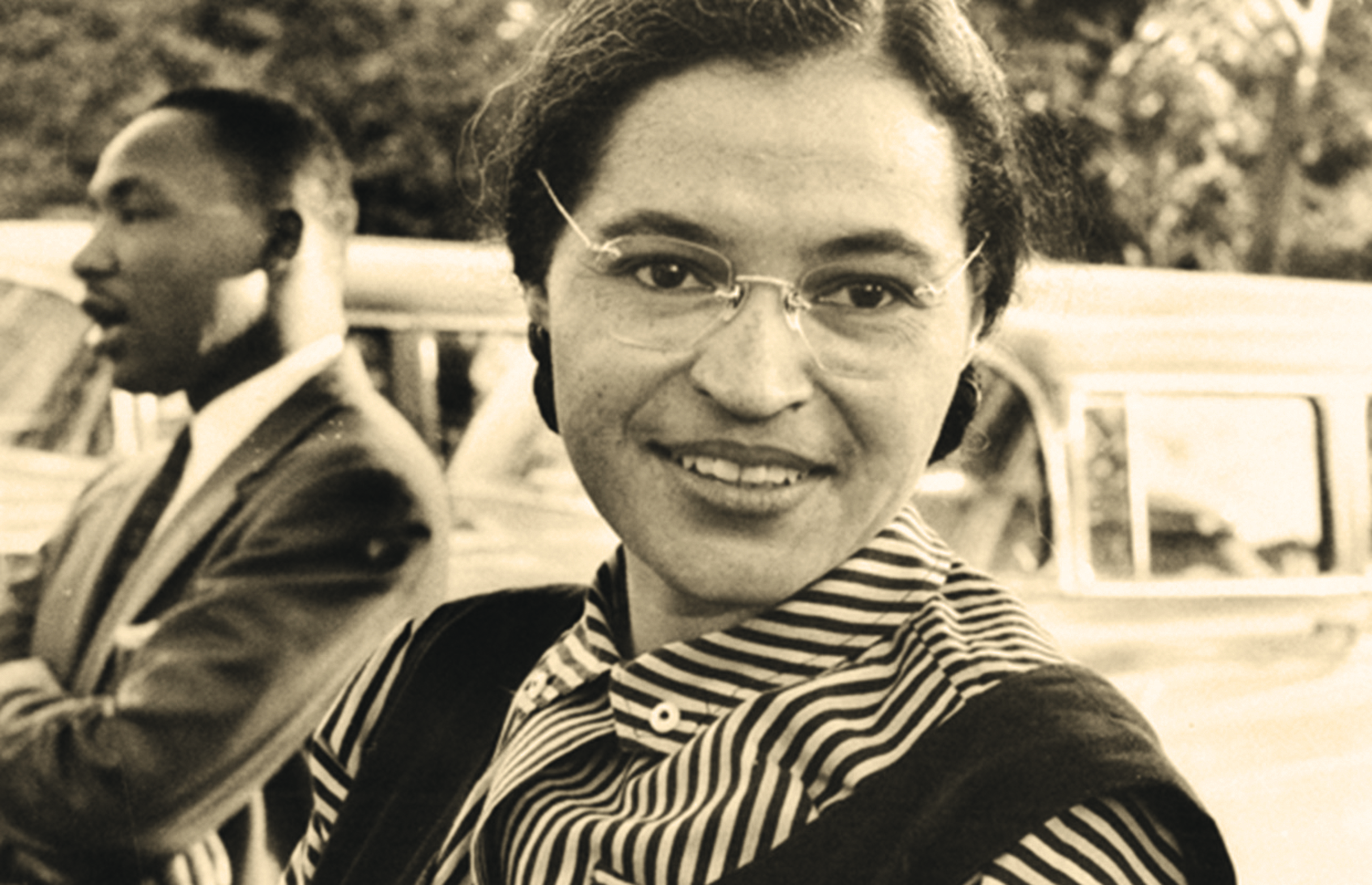 Rosa Louise McCauley Parks was born in 1913 and spent her formative years on a farm in Pine Level, Alabama with her mother, brother and grandparents.

In her autobiography Parks could recall the chilling signs of racism running rampant around her. There were times when her grandfather would stand guard, gripping a shotgun, as the Ku Klux Klan marched past their house.

On December 1, 1955 in Montgomery, Alabama, Rosa Parks punched her ticket into the history books by refusing to relinquish her seat on a public bus to a white passenger. Selected by NAACP organizers because they believed she had the best shot at seeing through a court challenge subsequent to the incident, Parks said she felt “a determination cover my body like a quilt on a winter night” when the bus driver ordered her out of her seat to make room for the white passenger.

She was removed from the bus and arrested, but her legend had already begun. In later years, Parks went on to serve as secretary for African American United States House Representative John Conyers. She passed away in 2005, but Rosa Parks’s bravery and fortitude throughout the Civil Rights Movement made her a modern hero and kickstarted a global conversation about racism and ethics, which is breaking down barriers to this day.

“I would like to be remembered as a person who wanted to be free… so other people would be also free.”

“Rosa Parks’s actions on 1 December 1955 were an example for everyone, that doing something simple, like sitting on a bus, can make a difference. She is still remembered to this day with reverence.” – Bernardo Moya