Rocky Roads to Success: Sacajawea – From Wronged to Strong

Home Rocky Roads to Success: Sacajawea – From Wronged to Strong 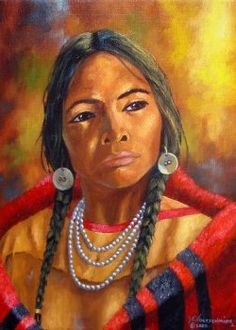 Sacajawea’s early life was fraught with peril. Born into a tribe of the Shoshone Native Americans, she was kidnapped by an opposing tribe at the tender age of 12. This however was not an uncommon age for anyone in untamed North America to be forced to grow up quickly and adapt to a sour turn of fortune, especially the weak, very young and old.

A French-Canadian trapper laid claim to Sacajawea upon her arrival in the opposing tribe’s village. They were married when she was barely 13. It wouldn’t be long however before fate would set Sacajawewa on the path to legend. While she was pregnant with her first child, the Lewis and Clark expedition came to her village looking for guides to lead them along their famous journey to explore the American west.

With her husband also on the journey, and after having just given birth to her son, Sacajawea, the Lewis and Clark expedition set out. Translating for the men with tribes along the way, she quickly became a popular and indispensable focal point of the trip.

As the group ventured into more unforgiving terrain, Sacajawea created medicinal remedies and found ways to keep the group fed until they could return to a milder climate.

Sacajawea’s intimate knowledge of what is now the western United States helped perhaps the most famous American expedition map optimal routes for travelling to and from the west coast. Indeed, one of Sacajawea’s recommendations even became a main thoroughfare for the Northern Pacific Railway.