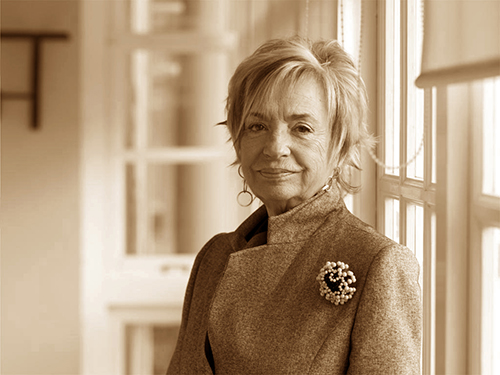 Rosalia Mera was not meant to be a success. She was a female born in Spain at the end of World War II. She was also not meant to end her life with a net worth of more than $6bn. Mera however had different designs on how she would live her life. The mid-1950s was not the ideal time for driven young girls to make a mark on the world. Indeed, Mera dropped out of school when she was only eleven.

It was after some time working as an apprentice at a local fashion retailer that Mera knew she had found her calling. Hard work did not intimidate the then-pre-teen, as clothing designs and patterns began to flourish in her mind, seemingly without effort. Not many knew it at the time, let alone Mera herself, but she was beginning to display outward signs of her inner prodigy.

As the years passed, Mera’s talent grew stronger. Subsequent to marrying, she and her husband began to craft elegant gowns and intimate wear, zeroing in on the tastes and flavours of what Mera knew women wanted. As demand for their apparel grew, Mera and her husband launched their first storefront, named Zara. The company was almost an instant success in the mid-1970s. Today Zara is one of the most globally recognisable fashion brands, with its parent company holding a valuation of more than $100bn.

Rosalia Mera passed away in 2013, having also established herself as an influential philanthropist. Her legacy as the world’s richest female entrepreneur will live forever as a message to do-it-youselfers all over the world.