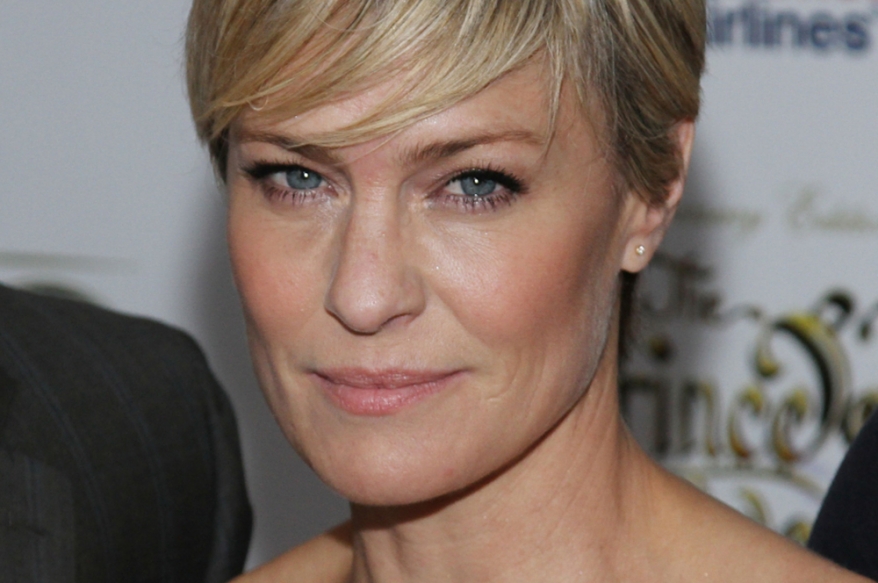 Robin Wright was born to non-entertainment industry parents in 1966 Texas. After a move to California however, she was raised in the backyard of Hollywood for much of her young life. While she attended high school in San Diego and Los Angeles, Wright began a modelling career, which quickly led to a higher profile, landing her a gig on a popular TV soap opera while she was still in her teens.

Winning the highly coveted role of ‘Buttercup’ in the instant and timeless classic The Princess Bride, Wright’s film career started with a successful jolt. In the early 1990s her star rose with the role of ‘Jenny’ in another classic, Forrest Gump. It was during this time that she met and married actor Sean Penn. After the couple began having children, Wright continued her film work, but at a much slower pace.

After a sometimes turbulent marriage, Wright and Penn divorced in the first decade of the 2000s. She still had a career, but since Forrest Gump she was mostly known as an under-the-radar actress that preferred roles in more artistic, independent films. While this may have been partly true, Wright has said that a comparatively lower profile than her contemporaries was due to her desire to be there while her children were growing up. However after her divorce, she began to steer her own fate.

In 2013 Wright exploded back onto the scene in her already iconic role of Claire Underwood in the wildly popular Netflix series House of Cards. Additionally, she has honed her directing skills at the helm of several of the series’ episodes. Robin Wright has proven that it is possible for a woman over 40 in the entertainment business to control her own fate.