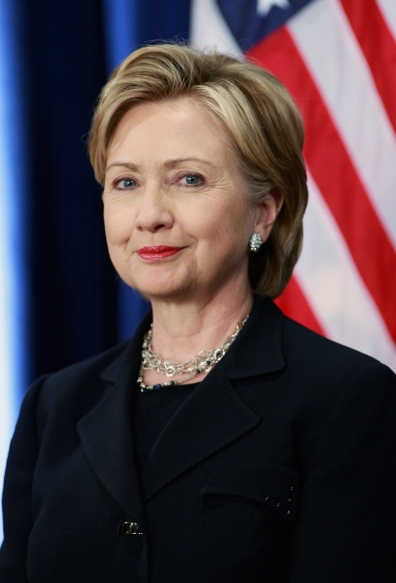 Hillary Rodham Clinton was born into a middle class family in 1947 Chicago. Clinton’s parents were extremely supportive of her intellect and ambition, a trait which was not especially supported in women at the time.

At the young age of 13, Clinton could be found helping to campaign for presidential candidates across the south side of Chicago. She excelled at her studies throughout high school and eventually matriculated to study political science at Wellesley College. Amid the Civil Rights movement of the 1960s, Clinton shored up support from African-American students to help quell racial tensions on campus during that period.

After attending Yale Law School, Clinton was forced to face the realities of the day: aspiring female politicians could expect an uphill battle when attempting to gain equal footing with their male counterparts. She did find an avid supporter in her future husband Bill Clinton, who saw her as an equal. Indeed, Hillary went so far as to maintain her maiden name of Rodham after the couple married in 1975-Arkansas, where he would shortly become that state’s governor.

Throughout the years, Clinton was her husband’s most powerful supporter, amidst her own flourishing legal career. Everyone who knew her though, knew that she would never be fully happy unless she heeded her own ambitions. When his successful two-term presidency came to an end, Clinton finally stepped to the centre stage. After losing a close presidential race to Barack Obama in 2008, Clinton became Secretary of State of the United States. She can currently be seen campaigning once again, this time as the presumptive favourite for the Democratic nomination in the 2016 race for President of the United States.