Ellen DeGeneres: funny on the up

Home Ellen DeGeneres: funny on the up 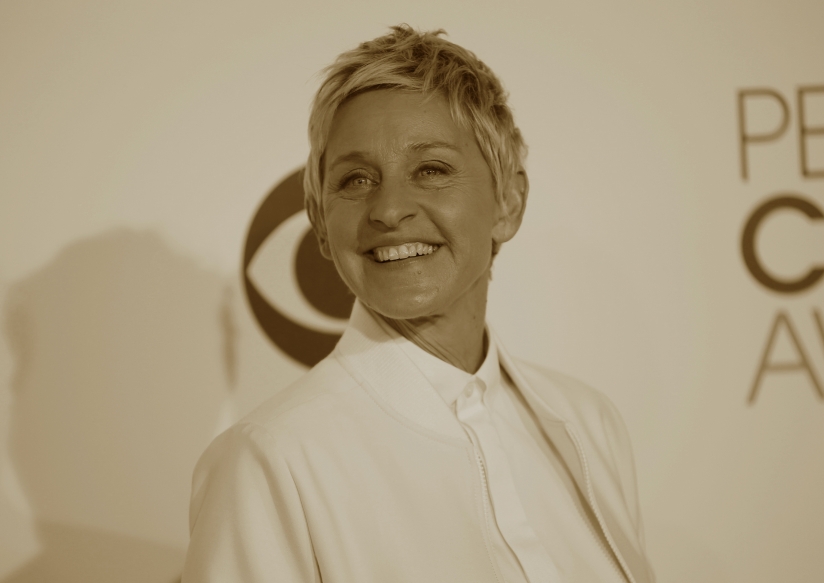 Ellen DeGeneres spent most of her formative years in a place not many would expect: the Southern United States. Metairie, Louisiana was the setting for early hardship in DeGeneres’s life; her family was in and out of practicing different religions, and when she was just a teenager her parents divorced.

Beginning her comedy career in her then home base of New Orleans, DeGeneres had a steady rise over the next decade. She went from performing stand-up comedy in small clubs, to touring extensively, to landing a coveted slot performing on The Tonight Show. Slowly, she began to earn roles in television and film, culminating with the success of her eponymous sitcom Ellen. After she came out as lesbian in both real life and on her sitcom, DeGeneres faced homophobia in the form of her series being cancelled, even though ratings were bigger than ever. She publicly criticised the cut, saying it was a move by her own network to put a lid on her show’s controversial storylines and lifestyle portrayal.

Her career in shambles, DeGeneres turned to the one area where she knew she would be accepted and could succeed: stand-up comedy. Feeling energised with a renewed purpose, she was offered her own talk show in 2003. DeGeneres’ comedy roots provided the show a whimsical and fun atmosphere that both celebrities and audiences loved. The show has become a pop-culture phenomenon, showcasing the staying power and natural charisma that has made Ellen DeGeneres so beloved for the past three decades.