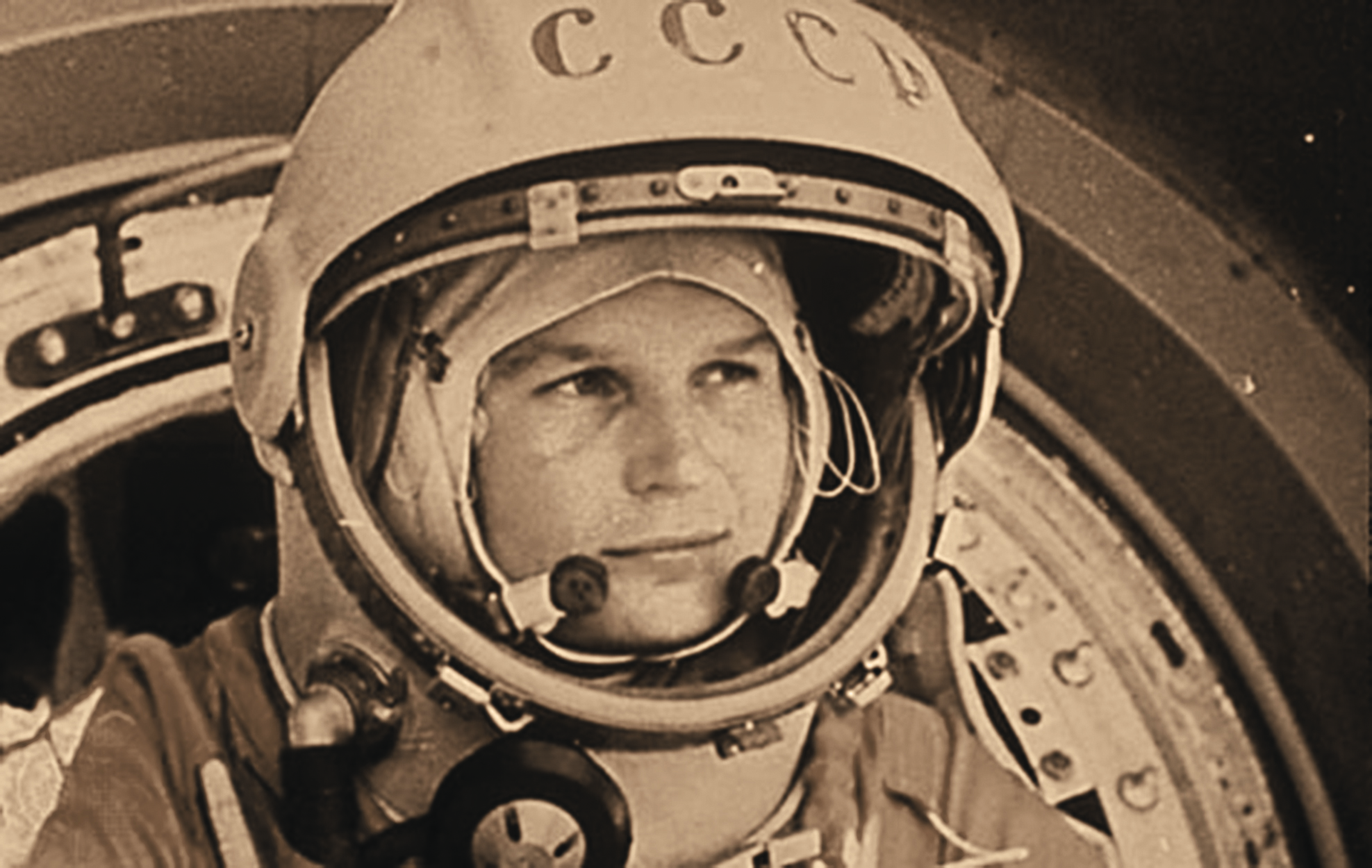 It is not often the case that a mill worker not only dreams of the stars, but goes there. Such is the story of Valentina Tereshkova.

Born in 1937 in Maslennikovo, Central Russia, she was the daughter of a tractor driver and a textile plant worker, where Tereshkova also worked.  When she was two, her father was killed in World War II.

Tereshkova came to the attention of the authorities in the USSR because of her hobby: skydiving.  After the flight of Yuri Gagarin in space in 1961, the authorities wanted to put a woman in space. And they specifically wanted a skydiver.

In 1962 Tereshkova was selected from 400 applicants to join a team of 5 female cosmonauts. She was eventually chosen for the flight and on 16th June 1963, she flew into space, making 48 orbits of the Earth over three days, while performing experiments on herself. Often nauseous and disoriented, she nevertheless spoke with Khruschev during the flight, and became known for her call sign: “Chaika”, or seagull.

Not only the first woman in space, she was also the first civilian, since she was only inducted into the Soviet Airforce as a formality when she became a cosmonaut.

Tereshkova returned to Earth a hero of the Soviet Republic and went on to become a prominent politician.  Still alive at the age of 76 she announced in 2013 that she is keen to fly to Mars.

“Anyone who has spent any time in space will love it for the rest of their lives. I achieved my childhood dream of the sky.”

“Her humble beginnings were an advantage – the ruling Soviet regime wanted to ensure a member of the proletariat could do great things. It’s a reminder that with an interest in the world, the sky really is not the limit!”