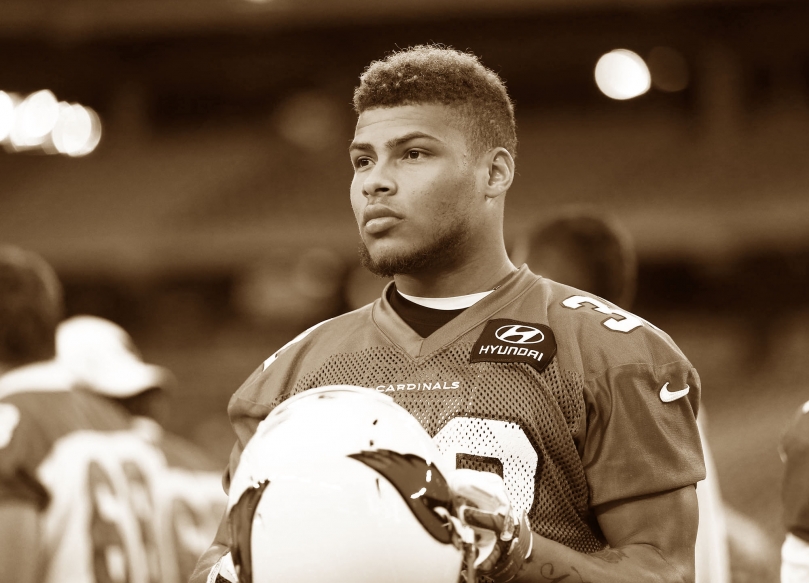 Born in the most famous area of American bayou country, New Orleans was the setting for Tyrann Mathieu’s rise, fall, and rise again. Mathieu was raised by his uncle and aunt amidst a family setting away from his biological parents. His mother was absent most of his childhood, while his father was jailed for heinous crimes that took place before Mathieu was born.

After being fully adopted by his uncle and aunt, Mathieu’s childhood was essentially saved. He soon began to show promising athletic ability. In high school he concurrently ran track and played football, using one to fuel the quickness for which he would become known in the other. After a standout senior season of football, Mathieu went on to play college football at powerhouse programme Louisiana State University.

Going toe-to-toe with American collegiate football players that were much larger in stature, as well as consistently making game-changing plays, earned Mathieu the nickname ‘Honey Badger’. Seemingly at the height of his talent and promise, Mathieu’s upward trajectory took a hit when in the months leading up to what would have been his third year with the LSU football programme, he was thrown off the team due to drug-related arrests and behavioural problems.

Facing long odds of disassociating himself with past transgressions, Mathieu announced his intention to play in the NFL. Scouts were wary of the issues that came with drafting a talented-but-flawed player. Tyrann Mathieu would spend his first years in the NFL defying odds and making good on his promise to turn his life around, and he has since become of the league’s best players for the Arizona Cardi