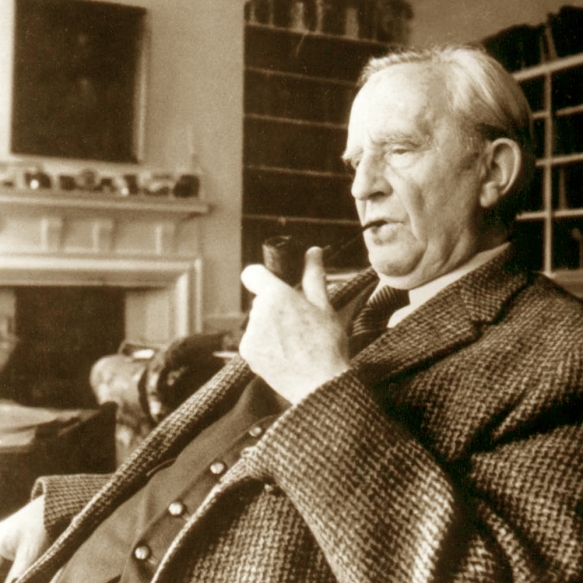 Born in South Africa to upwardly mobile parents, thanks to his father’s promising career in banking, J.R.R. Tolkien was only three years old when his father died. A crushing blow to the family, Tolkien, his mother and younger brother happened to be on vacation in England at the time. This left the family quite literally stranded and with no income.

While living with his maternal grandparents, Tolkien became keenly interested in the natural world, often indulging in meticulous drawings of greenery and landscapes. He began to acquire a voracious appetite for fantasy and adventure stories around the same time his mother also passed away. It was a strenuous beginning for the soon-to-be-wordsmith.

Tolkien and his brother were sent to live with a close family friend, and were raised in a supportive and educational environment for the remainder of their youth. It was much-needed stability in the midst of an otherwise chaotic beginning. After college, Tolkien was enlisted in World War I, a terrible-yet-inspiring time in his life. Post-war, while working in academia in and around Oxford, he began vast literary undertakings. These would later culminate with the completion of The Hobbit as well as precursors to The Lord of the Rings.

A decade later, as the Second World War approached, there was great interest in putting Tolkien’s literary talent to use in the intelligence world. During the war, he also taught English literature, as well as putting in painstaking efforts to complete his The Lord of the Rings works. Many say these were directly influenced by World War II, but J.R.R. Tolkien would refute this time and again. Perhaps the iconic works instead came from a place of collected pain, from his tumultuous childhood to the oddities of fame and war later in life.