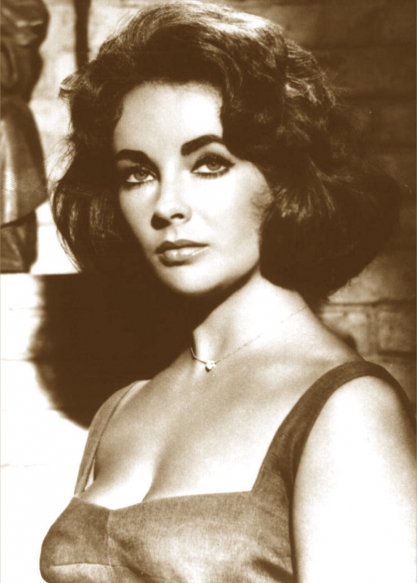 Elizebeth Taylor was born in a suburb of London during the all-too-short years of peace between World War I and World War II. By happenstance, Taylor’s parents had chosen to pursue financial gain in an industry seemingly impervious to The Great Depression: art dealing; they escaped much of the fallout from the economic hardship in the United States.

However when Taylor was only seven, the family heard the cry of the coming World War and returned to U.S. soil.

They traded one kingdom for another, as the Taylors settled in the posh surroundings of Beverly Hills. Her parents began to attract film industry titans when they opened their exclusive L.A.-based art gallery. With her mother’s tentative acceptance, Taylor went the child actor route, signing a contract with famed Hollywood studio MGM before she reached her tenth birthday.

The next few years would see the burgeoning star become a teenager whose every aspect of life was controlled by a major Hollywood studio. She went to school on the studio lot, and in between classes was constantly rehearsing and filming. Having had no real childhood to speak of, Taylor would begin to develop issues stemming directly from this early experience. Often turning to medication and heavy amounts of alcohol to cope with illnesses and stress in later years of her non-stop career, Taylor’s health was rarely stable throughout her life.

She spent a lifetime fighting scoliosis, undergoing operations both in early and latter stages of life. Despite her insurmountable health problems, Elizabeth Taylor fought through it all to leave a lasting legacy as one of the greatest screen legends of all time, as well engaging in humanitarian efforts for gay rights and AIDS awareness.