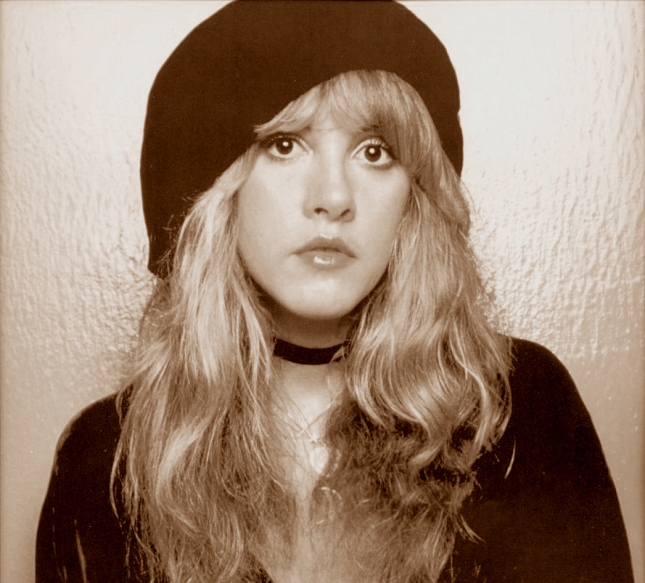 Stephanie ‘Stevie’ Nicks was born in Phoenix, Arizona in 1948. However during her upbringing Nicks was a child of the road, as her consumer products executive father constantly moved the family to accommodate his career. Never able to settle and make friends for an extended period of time, Nicks’ mother became overly wary of new environments and their effects on her daughter, and she was known to keep Nicks at home much of the time.

First taught to sing by her grandfather, Nicks exhibited a proficiency for music at a young age. Indeed, it was as a teenager that she began playing guitar. A few years after school, Nicks and future bandmate Lindsey Buckingham were playing as a duo. They quickly learned that uplifting success could be followed by crushing defeat when their first album flopped and they were dropped from their record label. The setbacks kept coming when Buckingham was recovering from a non-life threatening disease.

In order to keep the pair afloat, Nicks worked several odd jobs. Then in 1975 Nicks, together with Buckingham, joined Fleetwood Mac. Nicks would go on to craft the hit songs that brought the group its most chart-topping successes and defined its sound, never with more intensity than on their breakthrough album Rumors.

A series of affairs in the band threatened its livelihood. But even when the group was disbanded, Nicks found a way overcomes the past and stage a successful solo career. With Stevie Nicks, success was, as she had seen with her father, about movement. Whether with her legendary rock band or solo, Nicks was born with the knowledge of how to use movement to overcome personal barriers and make her musical mark.