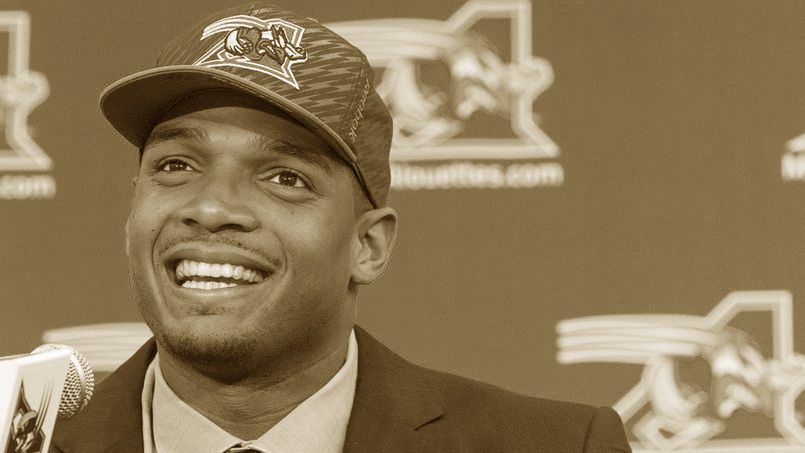 Before Michael Sam entered high school, five of his seven siblings were either dead or in jail. In the small town of Hitchcock, Texas the members of the Sam family were perhaps the most tragic residents. Many would consider it a stroke of pure luck that Sam did not follow in the footsteps of his siblings or parents. He began to gravitate toward sports at a young age, and soon understood that it could be a way out.

Desperate to be around the local high school football team in any way, Sam helped out as a water boy. When he finally entered high school, Sam brought a furious intensity to his work ethic on the field and immediately made an impression with coaches. He racked up an impressive high school career and earned scholarship offers from multiple collegiate football programmes.

Sam ultimately accepted an athletic scholarship to play football at the University of Missouri. He became a force on the team, earning shortlist honours for countless awards. He ended his college career being named co-defensive player of the year in his school’s conference. But Sam would soon face the second major obstacle of his life as the 2014 NFL draft approached and he mulled whether to tell the world that he was a gay man.

While still playing his senior season, Sam had come out to his college teammates, however when he told the world the same thing leading up to the draft it was harder. But when Michael Sam was drafted by the St. Louis Rams, he proved to everyone that nothing he had ever done regarding football was about his sexual orientation, it was about his success on the field.