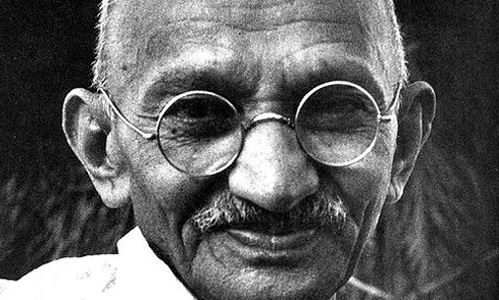 How can one man bring down an empire that ruled one-fifth of the world? Mohandas Karamchand Gandhi did just that in his fight for Indian Independence from the British Empire.

Though mediocre at school in India, Gandhi’s parents urged him to study law in England. Once qualified, he was too shy to appear in court, drafting legal documents instead.

His life’s purpose came when he witnessed numerous attacks by Europeans on Indians. By now living in South Africa, he developed non-violent activism in pursuit of Indian Independence. Imprisoned for many political offences, Gandhi never wavered from his pursuit of the freedom of all Indians – whatever caste or religion.

A brilliant communicator, deeply compassionate, caring and spiritual, he was a superb tactician. Facing an Empire accustomed to conflict, he found a peaceful way to make the British go. He considered every angle, imagining himself as a British negotiator to work out British weaknesses. Gandhi succeeded in securing India’s freedom in 1947.

However, his belief in the Indianness of all Indians led to his assassination in 1948 by a Hindu nationalist who believed him too sympathetic to Muslims.

The man who brought the world’s greatest empire to the negotiating table was once asked for his message to the world. His answer stands as his epitaph. “My life,” he said, “Is my message.”

“With his strong sense of what was right and his brilliance as a speaker and a motivator, Ghandi achieved freedom for one of the world’s most populous nations.” Bernardo Moya

“Strength does not come from physical capacity. It comes from an indomitable will.”