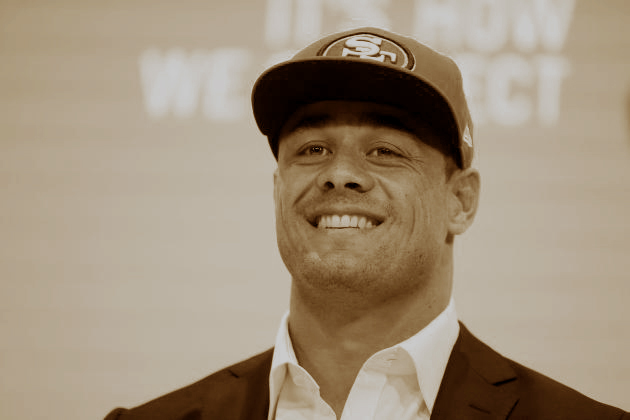 Born in the late 1980s in Sydney, Australia, Jarryd Hayne is a modern day global folk hero. But he didn’t get there without some bumps and bruises along the way. Hayne’s father was a professional rugby player, however Hayne and his two siblings were raised primarily by a single mother.

He was immediately impactful during his first pro season, giving a breakout performance to earn rookie-of-the-year honors. Throughout his almost decade-long rugby career, Hayne earned a player-of-the-year distinction, as well helping his team to the title of 2013 Rugby League World Cup Champions. It was in 2011 though, that Hayne quietly began to make millions of his devoted fans nervous. He announced his intentions to chase his dream of playing in the American National Football League. To say he had an uphill battle looming ahead was an understatement.

Hayne wasn’t eligible to play college football in America due to the fact that he never completed his high school equivalency: yet another obstacle to overcome. After scrappily organizing highlight reels and American scout training sessions, Hayne in late 2014 announced he was leaving rugby for American football. Almost one year later, Jarryd Hayne achieved the impossible dream, making the 2015 final roster for the San Francisco 49ers of the NFL.