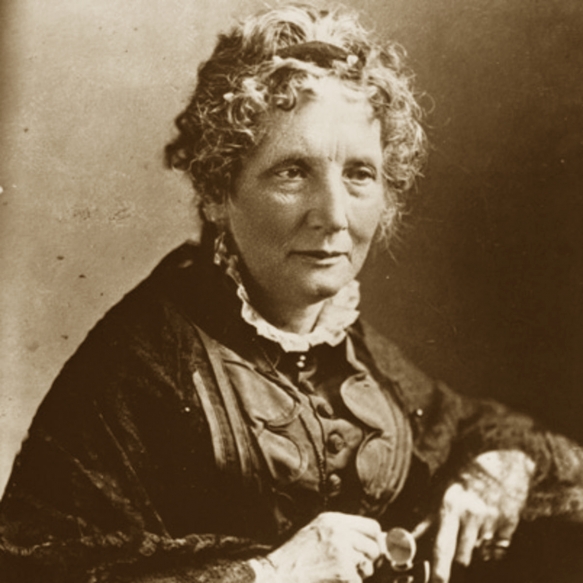 Harriet Beecher Stowe was born during the infancy of the United States. In 1811 Connecticut, there wasn’t much room for a woman’s voice in the public arena. Luckily for Stowe, she was preceded by outspoken and influential notables, including a religious leader father, as well as a grandfather who made an impact in the American Revolutionary War.

Stowe was able to beat the odds of the time and procured the sort of education that only males were privileged to receive. During her upbringing, Stowe was always surrounded by powerful orators, including her minister father and brothers. However as a woman, she would be expected in her post-school life to act according to accepted gender practices of the age.

Empowered by her time spent as a young member of a Cincinnati-based social and oratory club who were passionate critics of slavery, Stowe and her new husband became part of the Underground Railroad movement, aiding many slaves in their quest to find freedom. All of this while raising seven children.

Stowe’s willingness to speak out hit a powerful chord when she wrote Uncle Tom’s Cabin, an account of a life spent in slavery. The book became a sensational hit, and was a key link in the chain that turned the tide against slavery in America. Thus it is a true wonder that Harriet Beecher Stowe, in an era when it was improper to be a woman and speak out against anything, was a woman who spoke out against slavery, the most hot-button topic of the day. She did so because of her bravery and skill, but she also did so because it was the right thing to do.