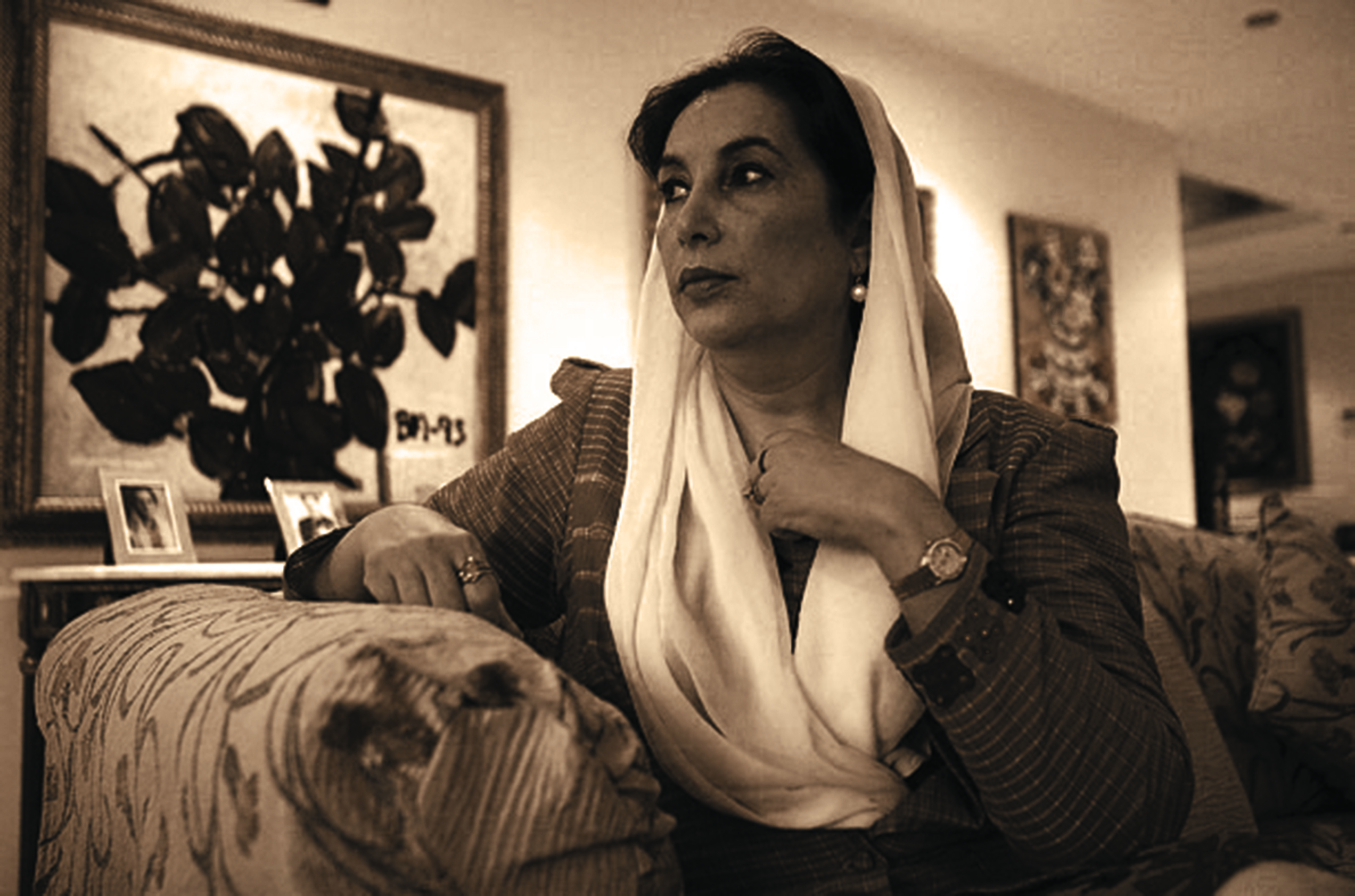 Benazir Bhutto, daughter of Pakistan’s premier Zulfikar Ali Bhutto was born in 1953 and educated in Pakistan, the US and UK. Becoming the head of Oxford Student Union after challenging a controversial vote – her life of political fighting was engrained in her from early on.

In 1977, her father’s government was overthrown in a military coup led by General Mohammad Zia-ul-Haq. When Zulfikar was hanged, she inherited leadership of her father’s party, the PPP, becoming the first female leader of a major Pakistani political party. She suffered arrest and imprisonment in a wall-less desert cell for six months, where she was attacked by insects day and night, then was kept under house arrest for six years.

In 1988 Bhutto contested the elections and became the first female Prime Minister of any Muslim country, urging economic reform for her country.

Defeated in the 1990 election, Bhutto was tried for misconduct in public office, but continued as a prominent focus of discontent and was re-elected from 1993 to 1996.

She was convicted in absentia in 1999 of corruption and sentenced to three years imprisonment. She continued to direct her party from abroad, and was re-affirmed PPP leader in 2002 after being granted amnesty.

She returned to Pakistan in 2007 to contest new elections and was assassinated within a few months of her return by conservative forces in the country and is regarded by many as a martyr to democracy.

“Democracy is necessary to peace and to undermining the forces of terrorism.” – Benazir Bhutto

“Charismatic and a brilliant politician, her rise to power in a culture not traditionally associated with women’s rights is a testimony to her personal qualities.” – Bernardo Moya.