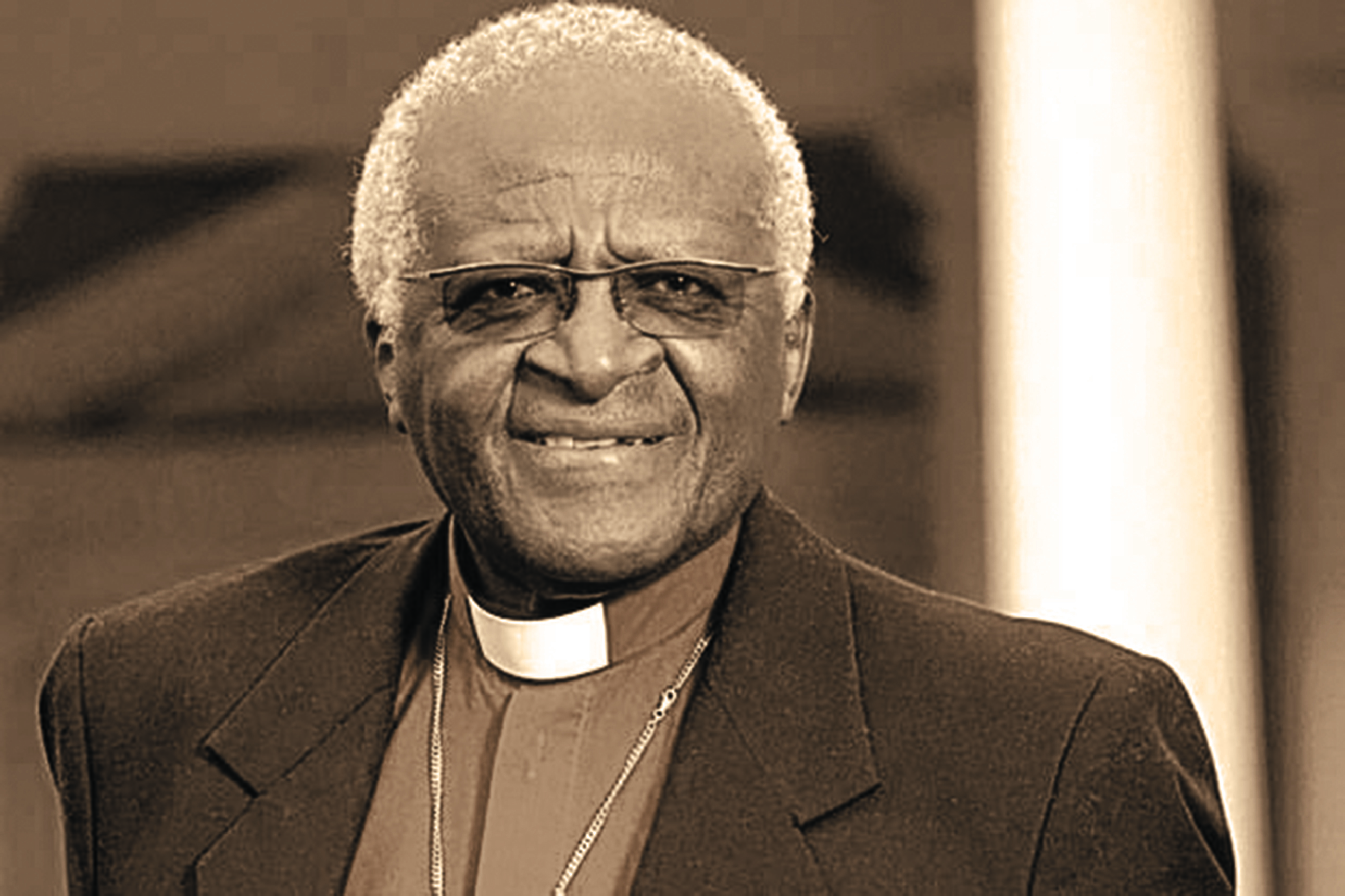 Born in 1931 in the province formally known as the Transvaal in South Africa, Desmond Tutu left university in 1954 to follow his father into teaching. Three years later, when the apartheid government introduced inferior education for black students, he resigned. He became an ordained as an Anglican priest in 1960.

Determined to help his community fight for justice, Tutu progressed through the South African church until in 1978 he became the first black General Secretary of the South African Council of Churches. During this time, the South African government was forcing the relocation of black Africans and Asians from newly designated “white” areas to the “homelands,” only permitting them to return as “guest workers” if they had passbooks.

Tutu was next elected Archbishop of Cape Town – the first black African to take the role at the head of the South African Anglican Church. In 1984 he received the Nobel Peace Prize. His activism alongside international pressure helped force the eventual dismantling of apartheid.

In later life Tutu became the chair of The Elders, a private initiative mobilizing the experience of senior world leaders. His historic accomplishments, his dedication to justice and world peace make him one of the world’s great fighters for human rights.

“Do your little bit of good where you are; it’s those little bits of good put together that overwhelm the world.”

“Desmond Tutu made it impossible for the South African government to maintain its racist regime. Counselling forgiveness rather than vengeance, his spiritual guidance may have saved South Africa from descending into violence.” – Bernardo Moya