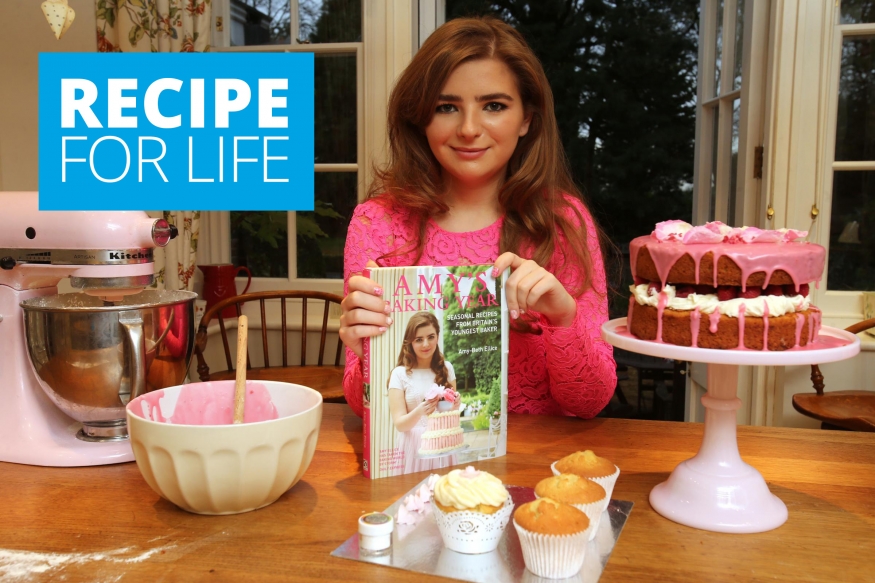 Britain’s youngest baker and published cookery writer, Amy-Beth Ellice has won celebrity plaudits for her cake business which she set-up at just 13. Now 17, her future looks set to flourish

Following your life’s passion is something that takes a couple of decades for most people. At 17, Amy-Beth Ellice is lucky to have achieved success already, and still has several more ambitions to follow, all of which are perfectly within her grasp.

In fact, Ellice’s success story began at just 13, when she set up her own cupcake and cake business. “I have been baking and cooking since the age of three,” she explains. “My mum taught me to cook, as her mum had taught her.

“The one thing that I liked to make most was cupcakes as gifts for friends, family, even teachers. My mum and I tried cupcakes from all the shops in London and Essex, but nothing tasted quite like ours. I nagged her again and again to set up our business and eventually she agreed. We started from home and it just grew, and we ended up making special cupcakes including tiered wedding cakes.”

As word spread, the business attracted celebrity fans including Pixie Lott and Katherine Jenkins. “We started baking for functions and parties and I was lucky enough to give Katherine Jenkins some of my cupcakes after a few of her concerts,” she says. With a growing fan base, Ellice decided to take her recipes into print, and in November 2014 her first book, Amy’s Baking Year, was published with a collection of recipes and treats for each season.

“I wrote the book while I was studying for my GCSEs and I was able to balance it all. Now I’m writing a second book, which includes recipes for baking and cooking. I’m studying for my A levels now, so it’s quite a lot to juggle, but I love writing. I enjoy watching Nigella Lawson’s cookery shows, as she makes it look so effortless and my dream would be to have my own TV show, but there’s plenty of time.”

Indeed there is, and Ellice has strong artisitic and musical abilities, which could easily take her into another creative arena. “I play the piano, harp and sing – I would love to study opera at college, Katherine Jenkins is a huge inspiration to me.” For now, Ellice has already attracted media attention and has her own column in OK! Magazine.

One of her cookery idols, Ina Garten, the Barefoot Contessa – who similarly transitioned from running her own catering business to TV chef and author – has praised Ellice’s book, saying that she has a “great future ahead of her”. Just like her perfectly cooked cupcakes, Ellice is definitely at the peak of a bright and burgeoning future.