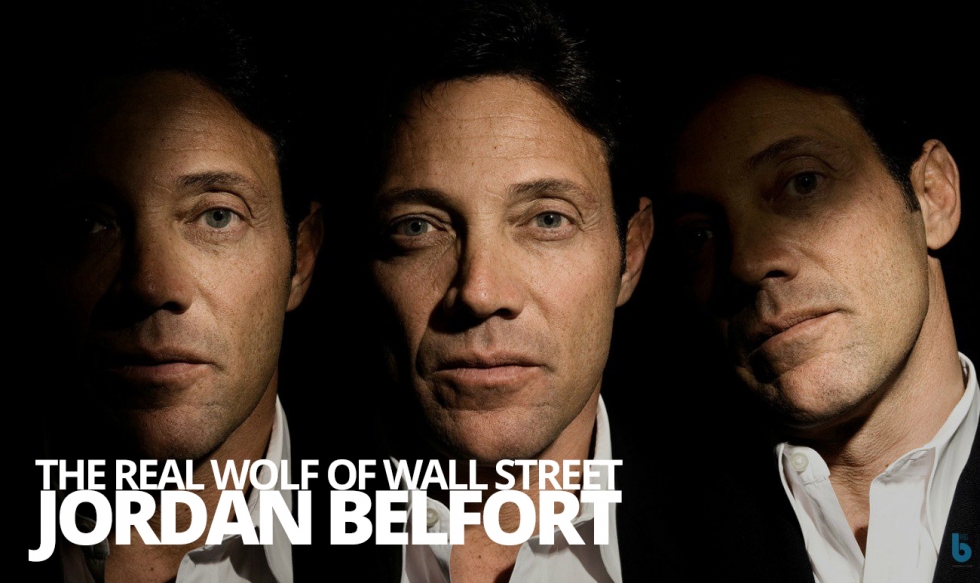 In January of this year The Wolf of Wall Street hit the silver screen. We were deafened with the sound of Oscar buzz around this film, but it did pique our interest in the real man – Jordan Belfort.

Jordan Belfort was born in the Bronx of New York City in 1962. From as young as he can remember, he wanted to make money. The entrepreneurial bug bit early and by the age of eight he started earning his way in the world. In an interview with The Room Live, he said he started delivering papers at the age of eight, and by 12 he was earning money by shovelling snow from the driveways. “I first hit it big when I was 16,” he said. “On the beach selling ices, blanket to blanket to blanket. After that I started hiring people. I had 12 year old kids selling shell necklaces, my mother was buttering bagels in the morning, and that was really the way I was moving towards life.”

Of course he wasn’t going to make the fortune he craved selling seaside snacks, so with the intention of cashing in on the medical profession, he went off to dental school.

“I put myself through college with the money I made on the beach, then spent one day in dental school. And the reason I went to dental school is because my mother had inserted a belief in my head that the only way to make money is you gotta be a doctor. I didn’t want to be a doctor because that would’ve taken 10 years, but I think dentistry would be pretty good, [and I’d] make a lotta money, be a pillar of the community. So I went to dental school and the first day I walked in, and I’ll never forget this, there were 105 kids sitting in the dental auditorium and the dean’s in the front, and he said ‘I wanna welcome you all to the Baltimore Center of Dental Surgery. You should be very proud to have come this far. You are gonna do great things with your life being a dentist.’ It sounded pretty good. Then he says, ‘Let me say this. The golden age of dentistry is over. If you’re here simply because you’re looking to make a lot of money, you’re in the wrong place.’ I thought ‘What the f**k, I’m in the wrong place.’ I got up and I walked away.”

After giving up dentistry, he started in sales in the meat business, and from then he went onto Wall Street, where he rose to infamy. In the 1990s, he founded the brokerage firm Stratton Oakmont, which functioned as a boiler room marketing penny stocks. Here he defrauded investors with fraudulent stock sales. Stratton Oakmont employed over 1,000 stockbrokers and was involved in stock issues totalling more than $1 billion. As well as inspiring the film The Wolf of Wall Street starring Leonardo DiCaprio, who is this month’s cover star, it also inspired the 2000 film Boiler Room, starring Giovanni Ribisi and Vin Diesel.

Eventually his lavish lifestyle and criminal activities caught up with him. He was sentenced to four years in federal prison and ordered to pay restitution to his victims to the value of $110 million. He served 22 months of the four-year sentence and is still making payments to his victims.

After his release from prison, he made a new life for himself in the world of personal development specialising in corporate training and, of course what he is best at, sales. According to his website, he “counts the world’s most distinguished companies among his clients, including Virgin Atlantic, Deutsche Bank, Symantec, the Royal Bank of Scotland, General Electric, Forbes Manhattan, Investec, Hewlett-Packard, the U.S. Federal Reserve Bank and international stock exchanges.

“His proprietary Straight Line System is designed to align the key forces necessary for success in any business environment. You and your team will learn the elements of the inner game of business success as well as the specific strategies and techniques necessary to effectively build, manage, promote and grow organizations at the highest level.”

He was recently in the spotlight because he was accused of not making his required payments to his victims. However, he defended himself on Facebook saying “’I am not making any royalties off the film or the books, and I am totally content with that. My income comes from new life, which is far better than my old one. For the record, I am not turning over 50 per cent of the profits of the books and the movie, which was what the government had wanted me to do. Instead, I insisted on turning over 100 per cent of the profits of both books and the movie, which is to say, I am not making a single dime on any of this. This should amount to countless millions of dollars and hopefully be more than enough to pay back anyone who is still out there.”