Reach for the Stars! by Tamsen Garrie

Home Reach for the Stars! by Tamsen Garrie 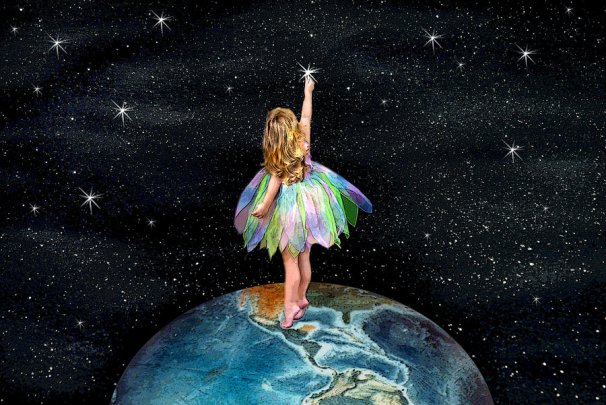 On the day when everyone is making New Year resolutions and/or setting goals, I received this text from my mum:

“New year, new intentions: keep your sights high and your feet on the ground”.

As a teenager, I was described by one astrologist as an Idealistic Realist (My birthday falls on the cusp of Virgo and Libra:  Virgo being the Earthy Realist and Libra being the Airy Idealist).  It confused me and resonated with me at the same time!

Back then I was not dissimilar to how I am today:  Fundamentally grounded but with high aspirations.  I lacked the maturity then to negotiate what felt like a paradox, and in my twenties I found myself achieving stuff I wasn’t passionate about.  I write about some of that stuff in other blogs on this site.

It occurred to me today that this ‘paradox’ is in fact the key to success.

Idealists exist in the future, buck the trend and aim high whereas Realists exist in the present, follow convention and aim sensibly.  The effectiveness of these different mindsets in the pursuit of success is illustrated best when you consider what happens when you have one without the other:

Idealism without Realism:  Set’s sights high, fails to plan, ignores the human condition of ‘error’ and often meets with failure.

Realism without Idealism:  Accepts things the way they are, favours practical methods of dealing with them and limits potential by aiming for ‘average’.

On the day I was considering my goals for 2011, my mum’s text was the best advice I could have received.  For me, it framed my Idealistic Objective as an Alpha star, the brightest star in the constellation, forever in my sight, acting as a beaming navigator to guide me on my way and it framed my Realistic Goals as those upon which my attention and actions are focused right now, dictating my next steps along the path.

Reaching for the Stars whilst keeping my feet firmly on the ground.  Thanks mum.