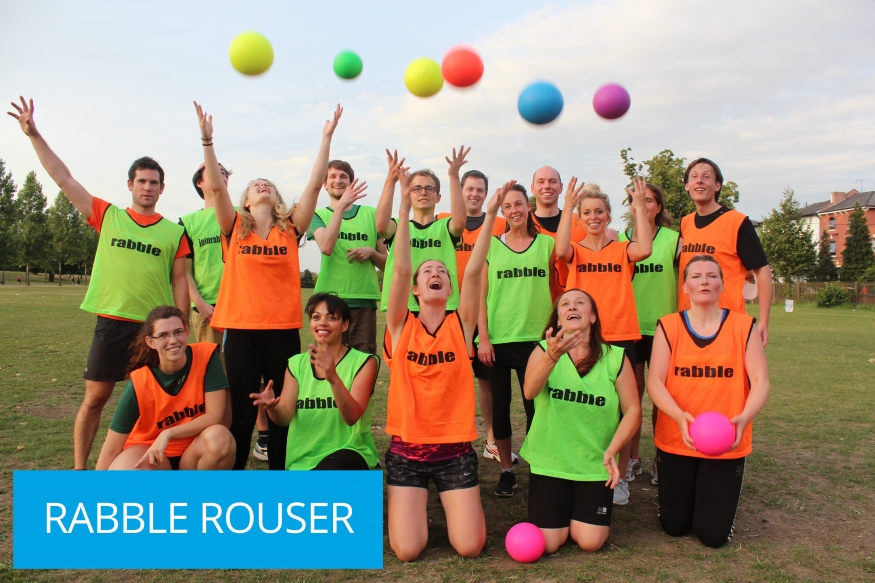 After her Olympic dreams were dashed, Charlotte Roach channelled her energy into creating a fun way to exercise that also has the potential to become a new global fitness phenomenon

Three years ago, Charlotte Roach was preparing for the London 2012 Olympic Games. Aged 21, and with mentors including Dame Kelly Holmes, the talented triathlete was out cycling with a teammate on a crisp morning. Everything was perfectly aligned for her participation in the sporting event that the whole country had been waiting for. In a split second, everything changed and Roach almost lost her life when, ahead of her, a cyclist swerved, catching the front wheel of her bicycle. “I remember falling,” she says, “but I never hit the ground.” Instead, she collided with an oncoming Land Rover.

The physical damage to her body was immense. Roach was rushed by air ambulance to hospital where she was treated for two punctured lungs, 12 fractured vertebrae, completely broken ribs and collarbone. Emergency spinal surgery and reconstruction work followed, and it was three months before Roach learned to walk again. Dropped by all of her sponsors and with her Olympic dreams dashed, Roach began to slowly repair herself and, astonishingly, within six months pushed herself to compete, finishing fourth in a triathlon. However, the metal work in her spine caused her immense pain and eventually she was forced into a second round of surgeries.

In her own mind, Roach felt that she had a debt to repay, and in August 2011 she set off to cycle 16,000km from Beijing to London, through 16 countries, raising almost £10,000 for the Derbyshire, Leicestershire and Rutland air ambulance, which rescued her from the horrific scene of the accident. For most people, the road to recovery would be enough to cope with, and Roach has spoken of the mental anguish that the collision left her with. Her fund-raising effort was immense and while this occupied her focus, upon her return to the UK, she found herself struggling to maintain enthusiasm for her fitness programme.

“I found that I felt exercise had become boring and mundane,” says Roach. “The gym was isolating and repetitive, I hated it and dreaded going. I tried lasses but I had no rhythm and was constantly going against the flow, so it felt odd. I thought it might be fun to join a sports club, but the atmosphere was so competitive. I figured, if I’m feeling like this, how many other people feel the same? “Kids have got it nailed, they just enjoy being outside and having fun,” adds Roach.

“All I wanted was to go out and run around the park with my mates, but as adults we make exercise a dull, repetitive process.” Roach teamed up with friend, Rosemary Pringle, and together they decided to set up a club where people could drop in and enjoy being active without any pressure or agenda. Rabble Games disguises exercise as team games, such as capture the flag, basket ball and man hunt, that improve participants’ speed, agility, coordination and endurance – the emphasis is also firmly upon making friends and encouraging groups to spend time together on other social activities. Roach quit her job at the end of 2013, and in just over a year since Rabble Games held its first session of dodgeball, has attracted more than 900 members over four central London sites. There’s even Rabble X, described as, “bigger, better and tougher than before – same games, same ethos, just harder.”

“When we first launched the idea, lots of people signed up but we had no idea of what we were going to do, or a space to operate in. We managed to book our local community centre and we learned the rules to dodgeball online, but the first session went really well,” says Roach. “We ran more games and attracted increasing numbers of members each week. At the beginning we were putting in all of the energy, but now its got its own momentum. All of our classes are outside but even in the winter months, people were still coming. “We’re now in four sites and we plan to open more.

We also offer teaching and coaching, and now we’ve got investors so we can move forwards to take Rabble Games to the next level, across the country and even the world.” With all that she has overcome and accomplished so far in life, Roach’s plans for the global growth of Rabble Games isn’t unimaginable. “I just want to have fun,” says Roach. “My own story shows that a plan doesn’t always work out and so I live for now. I went from being an international athlete to barely breathing. I think it’s sad that we put so much pressure on everything in life. Sometimes you just have to let things evolve.” With the invention of a whole new way to exercise and improve our wellbeing, it looks like Roach’s approach has the potential to run and run. To find out more about Rabble Games,