Queen of the World: a Beyoncé profile

Home Queen of the World: a Beyoncé profile 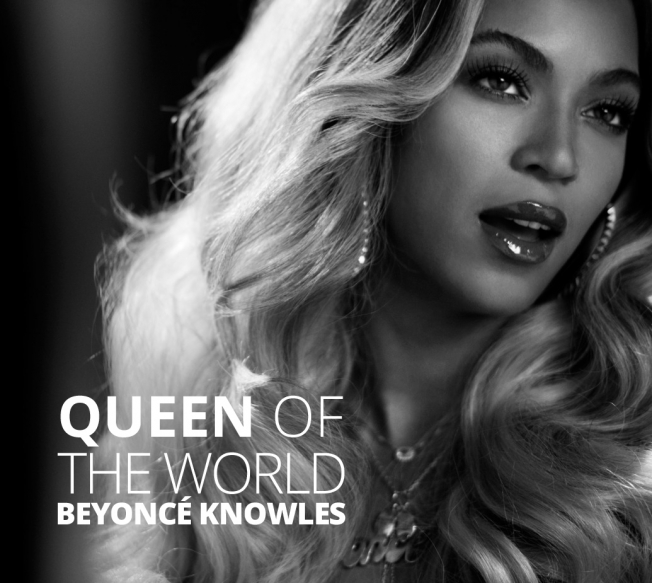 To many, she’s the epitome of perfection, which is why it’s surprising to discover that, under that superhuman exterior, Beyoncé is human after all.

This is Beyoncé’s world. We just live in it.

“I worked so hard during my childhood to meet this goal. By the time I was 30 years old, I could do what I want”, Beyoncé Giselle Knowles says. “I’ve reached that. I feel very fortunate to be in that position. But I’ve sacrificed a lot of things, and I’ve worked harder than probably anyone I know, at least in the music industry. So I just have to remind myself that I deserve it.”

Knowles was born in Houston, Texas in 1981 to Xerox sales manager Mathew Knowles and hairdresser and salon owner Celestine Ann ‘Tina’ Beyincé. Her name is a tribute to her mother’s maiden name.

Her singing talent was discovered when her dance instructor began humming a song and she finished it, perfectly hitting the high-pitched notes. Her interest in music and performing continued after winning a school talent show at age seven (beating out competitors twice her age), singing John Lennon’s “Imagine”.

Aged eight, Beyoncé and childhood friend Kelly Rowland met LaTavia Roberson while in an audition for an all-girl entertainment group. They were placed into a group with three other girls as Girl’s Tyme, and rapped and danced on the talent show circuit in Houston.

In 1995, Beyoncé’s father resigned from his job to manage the group. The move reduced Beyoncé’s family’s income by half, and her parents were forced to move into separate apartments.

The group changed their name to Destiny’s Child in 1996, based upon a passage in the Book of Isaiah. They released their self-titled debut album in 1998, scoring their first major hit “No, No, No”. The album established the group as a viable act in the music industry. The group released their multi-platinum second album The Writing’s on the Wall in 1999. LeToya Luckett and LaTivia Roberson became unhappy with Mathew’s managing of the band and eventually were replaced by Farrah Franklin and Michelle Williams.

This was a difficult time for Beyoncé. She was so depressed when Luckett and Roberson quit the group that she spent days in her bedroom refusing to eat. It was at a lonely time in her life when a longstanding boyfriend also turned his back on her and she found herself at her lowest point. She was reluctant to speak candidly about her depression because Destiny’s Child had just won their first Grammy Award, and she feared no one would take her seriously.

“The break-up of my romance and my band left me questioning who I was and who my friends were”, she says. “I felt attacked as the media began to turn on me. It was my mother who helped me get through the blues. She asked me, ‘Why do you think a person wouldn’t love you? Don’t you know how smart and sweet and beautiful you are?’”

She rose from the ashes of her depression with a renewed sense of purpose. She recorded two more hit albums with Destiny’s Child, 2001’s Survivor and 8 Days of Christmas, before striking out on her own.

Her first solo album, Dangerously in Love, was released on 24 June 2003, after former bandmates Michelle Williams and Kelly Rowland had released their solo efforts. As of 2012, it remains Beyoncé’s best-selling album, with 11 million copies sold worldwide. The album’s lead single, “Crazy in Love”, featuring Jay-Z, became Beyoncé’s first number-one single as a solo artist in the US. The album earned Beyoncé a then-record-tying five awards at the 46th Annual Grammy Awards. She followed this up with B’Day in 2006 and I Am… Sasha Fierce in 2008.

Around this time, she revealed her marriage to hip-hop royalty Jay-Z.

“We have been together since I was 20 years old”, she says. “We took our time and developed an unbreakable friendship before we got married. I admire his ability to inspire others. To me, Jay represents the American dream. His music has helped define our generation. All that he has overcome and worked to achieve gives millions hope that they can become whatever they want to be. I respect him so much; he is a great man and a great artist. We focused three years on our marriage and found that it brought us an even stronger bond and connection. But like anything great and successful in your life, marriage takes hard work and sacrifice. It has to be something both you and your husband deeply want. The best thing about marriage is the amount of growth you have because you can no longer hide from your fears and insecurities. There’s someone right there, calling you out on your flaws and building you up when you need the support. If you are with the right person, it brings out the best version of you.”

At the same time as plotting her stratospheric rise in the music world, she continued taking on acting roles. After standout roles in Carmen: A Hip Hopera (2001), Austin Powers: Goldmember (2002), The Fighting Temptations (2003), The Pink Panther (2006) and Dreamgirls (2006), she achieved critical acclaim for her role as blues legend Etta James in Cadillac Records (2008).

“Playing Etta really changed me”, she says. “It was a darker character, and I realized that if anything is too comfortable, I want to run from it. It’s no fun being safe. I am finally at the stage in my life where I am not so concerned with other people’s opinions about my life decisions.  It is so liberating to really know what I want, what truly makes me happy, what I will not tolerate. When I was younger I had a hard time setting boundaries.”

One of the biggest sources of joy in her life is her family. It was important to her that she gave myself time to focus on becoming the woman she wanted to be, building her empire, relationship and self-worth before becoming a mother. She gave birth to Blue Ivy Carter in 2012.

“Having a daughter just gives you purpose”, she says. “All of the things that my self-esteem was associated with – it’s all completely different. I realised why I was born and more than anything all of the things I want to pass onto my child, and the best way of doing that is not by preaching or telling her but showing her by example, which is one of the reasons I’m here.”

Being a mother has given her a renewed confidence in her body.

Her positive body image has inspired millions and, in the process, has made her a global ambassador of modern feminism.

“Equality is a myth, and for some reason everyone accepts the fact that women don’t make as much money as men do”, she says. “I don’t understand that. Why do we have to take a backseat? I truly believe that women should be financially independent from their men. And, let’s face it, money gives men the power to run the show. It gives men the power to define value. They define what’s sexy. And men define what’s feminine. It’s ridiculous. At the end of the day, it’s not about equal rights. It’s about how we think. We have to reshape our own perception of how we view ourselves.”

“I’d like to believe that my music opened up that conversation. There is unbelievable power in ownership, and women should own their sexuality. There is a double standard when it comes to sexuality that still persists. Men are free and women are not. That is crazy. The old lessons of submissiveness and fragility made us victims. Women are so much more than that. You can be a businesswoman, a mother, an artist, and a feminist—whatever you want to be—and still be a sexual being. It’s not mutually exclusive.”

Still, she is a human being and not insulated against the insensitivities of the modern world. When she encounters a story about herself on the Internet, she reads only the story. She doesn’t let herself scroll down into the comments sections, which have a tendency to become cruel, ad hominem free-for-alls.

“I now know that, yes, I am powerful”, she says. “I’m more powerful than my mind can even digest and understand.”

Beyoncé Knowles at a glance