Prosperity: is it a Dirty Word?- by Will Edwards

Home Prosperity: is it a Dirty Word?- by Will Edwards 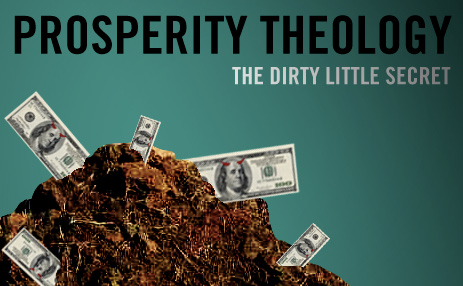 Thinking back, I can recall a person who used to attend the same church as me who said that the Christian world needed to wake up because there was a ‘new gospel’ coming from America. It was, he added, based on the teachings of Napoleon Hill and it needed to be resisted – it was the gospel of ‘prosperity’. For that person, it seems that prosperity was indeed a dirty word.

By that time, I had already read Napoleon Hill’s classic Think and Grow Rich. In fact I had read it many years previously and, although at the time, I was not as familiar with it as I am now, I was unable to understand what this person had against the information in the book – a book that has often been credited with “creating more millionaires than any other philosophy of achievement.”

The problem for that person, I believe, is nothing at all to do with the book, but rather, it is concerned with the question of whether or not it is wrong, possibly even sinful, to want to become rich. It is a question that many Christians seem to struggle with, and one I have written about in the past (see Abundance, Christianity and Wealth).

On this matter, I find myself incomplete agreement with Wallace D Wattles (see The Science of Getting Rich) when he says:

The desire for riches… is the same as that which makes the plant grow; it is Life, seeking fuller expression.

The desire for riches is really the desire for a richer, fuller, and more abundant life; and that desire is praise worthy.

The fact is that money is neither good nor bad; it is simply a type of information that travels within a system and that system is called ‘the economy’. In the above video, we discuss Jim Rohn’s view of basic economics and how we can adjust it to the era of the web. It is my belief that the mechanisms of the web open the possibility for many people to become wealthy by translating the teachings of these two classic books into practice. Just as a quick aside here: it is worth noting that both authors happened to be Christian.

Now, I don’t want you to get the wrong impression by what I have written above. Let me make it plain that I am not suggesting that the internet represents some kind of magical key and all you need to do is plug in and watch millions of dollars roll in to your bank account. By the way, Wallace D Wattles makes a very similar point in his book when he says,

Gold … will not mine itself, refine itself, coin itself into double eagles and come rolling along the roads seeking its way into your pocket.

That kind of nonsense is, of course, exactly what some people seem to want to teach. You have only to read some of the things being said online about The Law of Attraction to find this kind of stuff.

There is indeed a Law of Attraction; we do attract people, circumstances and opportunity – that’s undoubtedly true – but we do not attract money. Money comes to us as a byproduct of doing something else really well. As is often said by those who have achieved outstanding wealth, ‘if you focus on the money, you will find it running away from you, but if you focus on delivering value, the money will eventually catch you and completely overwhelm you’.

So, the web is not any kind of magical instrument; it is simply a means of communication. That said, I genuinely believe that therein lies its ability to enable your fortune. Wallace D Wattles says that we need to find people with whom to do business and then,

Give every man more in use-value than you take from him in cash-value; then you are adding to the life of the world by every business transaction.

In a nutshell, that is his advice on the matter. Don’t be too disappointed if this is the first time you have ever read those words because they do contain an important key i.e. that when you can engage in business transactions that have the characteristic of delivering ‘more in use-value’ (a truly valuable commodity) at a price that is less than the value you deliver, then you have a no-brainer of a business proposition and all you then need to do is find enough people who need it – and that is what the web makes possible!

To return to my question (is prosperity a dirty word?); we live within our own subjective reality to some extent, so if you believe, like the man I mentioned above, that it is … then I accept my voice is out of place in your world. But for those who can smell the coffee, I believe the web does indeed represent an unprecedented opportunity to translate this classic teaching into realty.