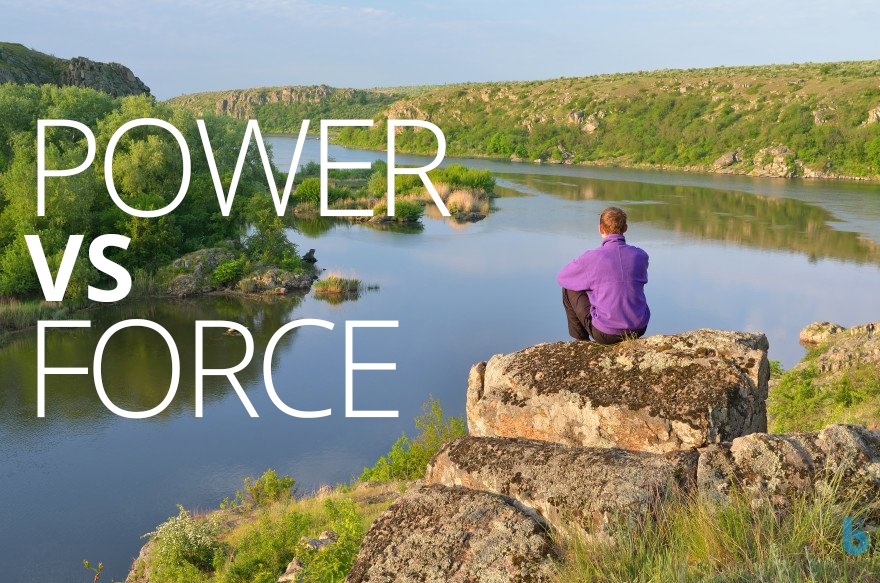 In January of this year we published the first of two excerpts taken from Power Vs. Force: The Hidden Determinants of Human Behavior by David R. Hawkins, M.D. Ph.D. This is part two. It is published by Hay House (2012) and available at all bookstores or online at: www.hayhouse.com.

It was not possible to function effectively in the world. Along with fear and anxiety, all ordinary motivations had disappeared. There was nothing to seek, as all was perfect. Fame, success, and money were meaningless. Friends urged me to be pragmatic and return to my practice, but there was no incentive to do so. However, I discovered that I could perceive the reality that underlay personalities; I saw how the origin of emotional sickness lay in people’s belief that they were their personalities. And so, of its own, my practice resumed and eventually became huge.

People came from all over the United States—I treated 1,000 new patients a year. I eventually had 50 therapists and other employees working for me; 2,000 outpatients; a suite of 25 offices; and research and electroencephalic laboratories. I was invited to appear on radio and network television shows—including the MacNeil/Lehrer News Hour, the Today show, and The Barbara Walters Show. In 1973, I reported on the work I was doing in the book Orthomolecular Psychiatry (with Nobelist Linus Pauling as co-author), and it seemed to strike a nerve with many people.

The overall condition of my nerves improved slowly, and then another phenomenon began—a sweet, delicious band of energy started to flow continuously up the spine and into the brain, where it created an intense sensation of continuous pleasure. Everything in life happened by synchronicity, evolving in perfect harmony, and the miraculous was commonplace. The origin of what the world would call miracles was the Presence, not a personal self. What remained of the personal “me” was only a witness to these phenomena. The greater “I,” deeper than my self or its former thoughts, determined all that happened.

The state had been reported by others, which led to my investigating spiritual teachings—including those of the Buddha, Huang Po, and other enlightened sages; and more recent teachers such as Ramana Maharshi and Nisargadatta Maharaja—and thus confirmed that these experiences weren’t unique. Suddenly, the Bhagavad Gita made complete sense; eventually the same spiritual ecstasy reported by Sri Ramakrishna and the Christian saints occurred.

Everything and everyone in the world was luminous and exquisitely beautiful. All living things became radiant, and expressed this radiance in stillness and splendor. It was apparent that all of mankind is actually motivated by inner love, but has simply become unaware; most people live their lives as though they’re sleepers unawakened to the perception of who they really are. Everyone looked as if they were asleep, but they were incredibly beautiful—I was in love with everyone.

It was necessary to stop the habitual practice of meditating for an hour in the morning and then again before dinner because it would intensify the bliss to such an extent that functioning was not possible. An experience similar to the one I had as a boy in the snowbank would recur, but it became increasingly difficult to leave that state and return to ordinary life. The incredible beauty of all things shone forth in all its perfection, and where the world saw ugliness, I saw only timeless beauty. This spiritual love permeated all of my perception; all boundaries between here and there, then and now, or me and you disappeared.

The years were spent in inner silence, and the strength of the Presence grew. I had no personal life—my personal will no longer existed. I was an instrument of the Infinite Presence, and I went about and did as it willed. People felt an extraordinary peace in the aura of that Presence. Seekers sought answers from me, but as there was no such individual as “David” any longer, what these people were truly doing was finessing answers from their own selves, which were no different from mine. As I looked at each person, my self shone forth from their eyes. How did I get into all these bodies? I wondered.

The miraculous happened, beyond ordinary comprehension. Many chronic maladies from which I had suffered for years disappeared; my eyesight spontaneously normalized, and I no longer needed the bifocals I had worn for much of my life. Occasionally I would feel an exquisitely blissful energy—an infinite love—that would suddenly begin to radiate from my heart toward the scene of some calamity. For instance, I was once driving on a highway when this amazing energy began to beam out of my chest. As I rounded a bend, I saw that an auto accident had just occurred; in fact, the wheels of the upturned car were still spinning. The energy passed, with great intensity, from me to the occupants of the car, and then it stopped of its own accord. Another time, I was walking down the streets of a strange city, when the energy started to flow down the block ahead of me. I happened to arrive at the scene of an incipient gang fight, and the combatants fell back and began to laugh. Then the energy stopped again.

Profound changes of perception came, without warning, in improbable circumstances. While dining alone at a restaurant on Long Island, the Presence suddenly intensified until every person and thing, which had appeared separate in ordinary perception, melted into a timeless universality and oneness. In the motionless silence, I saw that there are no “events” or “things” and that nothing actually “happens” because past, present, and future are merely artifacts of perception, as is the illusion of a separate “I” that is subject to birth and death. As my limited, false self dissolved into the universal Self of its true origin, there was an ineffable sense of having returned home, a state of absolute peace and relief from all suffering. For it’s only the illusion of individuality that is the origin of all suffering—when one realizes that one is the universe, complete and at one with all that is, forever without end, then no further suffering is possible.