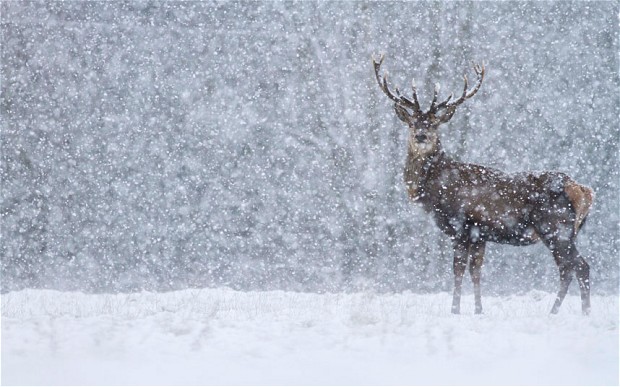 This excerpt is taken from the book Power Vs. Force: The Hidden Determinants of Human Behavior, by David R. Hawkins, M.D. Ph.D.  It is published by Hay House (2012) and available at all bookstores or online at: www.hayhouse.com.

In 1939, I was a paperboy in rural Wisconsin and had a 17-mile route. One dark winter’s night, I was caught miles from home in a blizzard. The temperature was 20 degrees below zero, and my bicycle toppled over on an icy, snow-covered field. A fierce wind ripped out the newspapers that I carried in my handlebar basket, strewing them across the terrain. I broke into tears of frustration and exhaustion; my clothes were frozen stiff, and I was far from home. To get out of the wind, I broke through the icy crust of a high snowbank and dug out a place to burrow into. The shivering stopped and was replaced by a delicious warmth, and then a state of peace beyond all description. This was accompanied by a suffusion of light and a presence of infinite love, which had no beginning and no end, and which was indistinguishable from my own essence. I became oblivious of the physical body and surroundings as my awareness fused with this all-present illuminated state. The mind grew silent; all thought stopped. An infinite presence was all that was or could be, and it was beyond time or description.

After what seemed like eons, I was drawn back to an awareness of someone shaking my knee – my father’s anxious face subsequently appeared. There was great reluctance to return to the body and all that it entailed, but I loved my father dearly, and because of his anguish, I chose to do so. In a detached way, I sympathised with his fear of my death, but at the same time, the concept of “death” seemed absurd.

This experience was never discussed with anyone. There was no context available with which to comprehend it; I had never heard of spiritual experiences (other than those reported in the lives of the saints). But after this experience, the accepted reality of the world began to seem only provisional; traditional religious teaching lost significance, and, paradoxically, I became an agnostic. Compared to the light of Divinity that I had felt bathing all existence, the god of traditional religion shone dully indeed. I had lost religion, but discovered spirituality.

During World War II, I was assigned to hazardous duty on a minesweeper, and often brushed close to death, but unlike my fellow crewmembers, I had no fear of it. It was as though death had lost its authenticity. After the war, I worked my way through medical school, as I was fascinated by the complexities of the mind and wanted to study psychiatry. My training psychoanalyst, a professor at Columbia University, was also an agnostic, so both of us took a dim view of religion. The analysis went well, as did my career, and I became quite successful.

However, I didn’t settle quietly into professional life: I succumbed to a progressive and fatal illness that did not respond to any available treatment. By the time I was 38, I knew I was about to die. I didn’t care about my body, but my spirit was in a state of extreme anguish and despair. As my final moment approached, the thought flashed through my mind, What if there is a God? So I called out in prayer, “If there is a God, I ask Him to help me now.” I surrendered to whatever God there might be, and went unconscious. When I awoke, a transformation of such enormity had taken place that I was struck dumb with awe.

The person I had been no longer existed. There was no personal self or ego left – just an infinite presence of such unlimited power that it was all that was. This presence had replaced what had been “me,” and the body and its actions were controlled solely by the presence’s infinite will. The world was illuminated by the clarity of an infinite oneness, which expressed itself as all things revealed in their immeasurable beauty and perfection.

For nine months, this stillness persisted. I had no will of my own; unbidden, the physical entity went about its business under the direction of the infinitely powerful, but exquisitely gentle, will of the presence. In that state, there was no need to think about anything. All truth was self-evident; no conceptualization was necessary or even possible. At the same time, the nervous system felt extremely overtaxed, as though it were carrying far more energy than its circuits had been designed for.

This is an excerpt from David R. Hawkins’ book, Power vs. Force, available at all good book stores.