Paul Connolly – Surviving Against All Odds 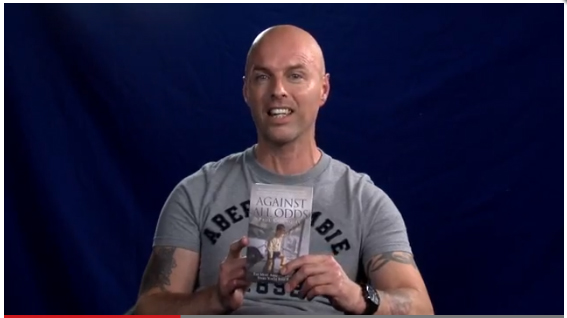 In and out of trouble with the law since he was very young, Paul Connolly was not well pleased when, in his twenties, two policewomen came to his door. The news they told him stunned him. Of all the children in his dormitory at the abusive orphanage where he’d grown up, only he and one other were still alive. Most likely as a result of the horrendous sexual abuse they had suffered, nearly all his friends had committed suicide. The news made Paul reconsider the direction of his whole life and start to make something positive from it. The Best You discovers how despite the worst of beginnings, Paul Connolly became a famous celebrity fitness trainer and a bestselling author – even though he only learned to read when he was 25 years old.

When Paul Connolly was just two weeks old, his mother put him out with the rubbish. “one of the neighbours heard me crying and called the police. They came and got me, and I was taken away by social services.” Born the seventh boy of eight children to an Irish Catholic family in Stratford, in london’s east end, he spent his earliest years living with nuns in a convent.

Then, at the age of eight he was moved to St leonard’s children’s home in Tower Hamlets. It was to be a life-changing move, for all the wrong reasons. From the Principal, down, the home was run by a paedophile ring. From then on, Paul’s childhood and schooling was fi lled with violence and mental torture.

With no real schooling and no positive male role models, Paul gained a reputation as a violent schoolboy, which at least protected him from the attentions of his potential abusers. When he was nine, he joined a boxing club. Here, he fi nally found a group of men who took him in, trained him and fed him.

“These were the first sort of serious role models that I found weren’t trying to bugger me or beat me up.” he recalls. He left school at 14 and started work on a veg stall in Romford market. He looked set to become a professional boxer and was about to sign a contract at the age of 18, when a severe accident meant that he technically died from loss of blood. The next few years were a struggle.

Realising he couldn’t have the physical lifestyle he had expected, he decided to learn to do something that was seriously lacking from his chaotic childhood: how to read and write. He gained qualifi cations to become a fitness trainer, brought himself back to fitness and became the first personal trainer in the City of London. Whilst working in this role he was asked by a film company to work with Elle McPherson in making the pilot for The Body video. It was another massive turning point. “I started training celebrities and went from strength to strength.”

Nevertheless, his violent background came back to haunt him. He was arrested for Grievous Bodily Harm when he was attacked by fi ve men while working as a doorman.

“I had to wait a year and a half to go to Crown Court, and all I could hear was the people who’d brought me up in children’s homes saying to me you’re a low-life Irish scumbag and the only place you’re gonna end up is in prison.”

Paul was acquitted when the judge directed the jury to fi nd that he was acting in self defence, but that moment was terrifying for him. He recalls how his “legs went to jelly” standing in the dock. “It would have been the end of my life, going to prison,” he adds, in all seriousness. Then came another of those big turning points in his life. The visit from two police offi cers who told him that he and one other, out of his entire dormitory at St leonard’s were the only two left alive. The rest had all committed suicide in different ways and the other survivor was serving a double life sentence.

To his dismay, three of his abusers got very light sentences due to a mistake made by the Crown Prosecution Service. It was in the memory of his dead dorm-mates that he decided to kill them himself. He got very close to doing it indeed. He bought a gun and followed two of them to a pub, but just at the last minute backed out.

“There must have been a scrap of decency left in me,” he says, before adding: “…if I’d have done it… I wouldn’t be here; I’d still be in prison, I’d be in prison for a long, long time.” So why did he back out? “Because I had people around me who were saying to me you’re gonna end your life and then what kind of revenge is that?

“That’s no revenge; your life is over, your revenge should be to go on and have a happy family and to be a successful man and prove these people wrong.”

In the end, that is the choice Paul made. He went on to train a-list celebrities like Elle Macpherson in Hollywood and has now written a chart-topping book telling his remarkable story which has been optioned for a movie – all the way from being thrown out with the rubbish to his rise to success.

It’s a story to put the heart into anyone who is struggling with life.