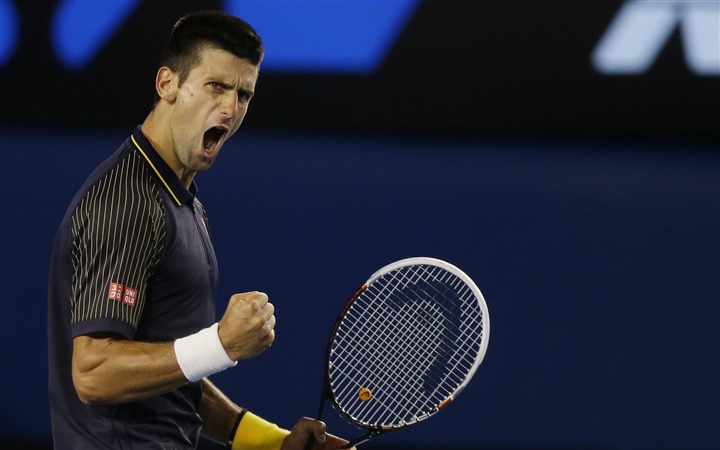 The usual ingredients for success are often cited as natural talent, a childhood dream, a burning desire to win and support from early on… but sometimes even these aren’t enough to win. Novak Djokovic’s extraordinary story reveals that for him there was another ingredient needed to make it all come right

Novak Djokovic was born in 1987 in Belgrade, communist Yugoslavia. His family was athletic, and Djokovic’s dad, a pizza parlour owner, had once been a professional skier. Tennis was not a well-known sport in Yugoslavia, but the moment the six-year-old Djokovic saw coverage of Pete Sampras lifting the trophy at Wimbledon, he knew that’s what he wanted, too.

His parents spent their summers in the mountain ski resort of Kapaonik, and it was here that the council decided to build a tennis academy. Fascinated, he hung around the courts watching through the wire, until a coach asked him if he wanted to play.

Djokovic remembers: “The next day, I showed up with a tennis bag. Inside was everything a professional would need: a racquet, a water bottle, rolled-up towel, extra shirt, wristbands, and balls, all neatly folded into the case.”

The trainer, Jelena Gencic, had been coach to Monica Seles. Calling Djokovic her ‘Golden Child’ she claimed she’d never seen anyone with so much natural talent in her life. She set about giving him a complete education – opening his mind to new ideas and influences. She introduced him to classical music and poetry to make him a rounded human being.

But his childhood was interrupted in 1999 when war broke out and NATO intervened in the break-up of Yugoslavia. At first terrified, Djokovic, like many others, found a defiant stoicism in himself. “To truly accept your powerlessness is incredibly liberating,” he says. “Whenever I am extra nervous, not happy with something, or frustrated, whenever I feel like I am spoiled and I want more than I deserve, I try to refocus myself and remember growing up, remember how it was back then. That puts things back in perspective. I remember the things that I really value: family, fun, joy, happiness, love.”

Throughout the 78 nights of bombing, Djokovic hung on to his passion: tennis. Picking his way through the craters regularly to find his old tennis club. “Our tennis club became a getaway for me and most of my tennis peers. We practised every day for four to five hours; we even played amateur tournaments during bombings, and it brought us so much joy that we could play tennis during wartime,” he says.

These, then, are the foundations for an extraordinary character – a naturally gifted tennis player, obsessed with the sport, determined, willing to spend every waking minute realising his dream.

Djokovic dedicates three to five hours every day either playing or practising on court, doing tai chi, yoga, meditation and stretches to maintain his super-suppleness. He has a supportive family, and a team and coach that helps him find the very best in himself.

And yet by 2010, it was clear that despite this, something was holding him back. A brilliant player, he was also famed for bouts of ill health on the court causing him to collapse at the crucial part of the game. He had trouble with his stomach and his breathing that experts variously put down to asthma, a cold,  a breathing problem requiring surgery and many other diagnoses – but he could not find the key to consistent, top flight match success.

Then, one day, he was approached by Dr Igor Cetojevic who told the player that he suspected a food allergy was the cause and suggested he go gluten-free.

Djokovic is outspoken about the immediate change. “I felt lighter, more energetic. The nighttime stuffiness I had lived with for 15 years suddenly disappeared… I woke up feeling as though I’d had the best night’s sleep of my life.”

The rise in Djokovic’s career from this point speaks for itself. From being described as “a joke” by Rafael Nadal, Djokovic went on to win 41 matches in a row. Within 18 months he had won Wimbledon.

Djokovic is absolutely sure that this simple change led to him finding his form and has written a book, Serve to Win, to explain how he managed to overcome his earlier challenges through food.

He is a one-off, a unique, mature player, resilient and brilliant on the court, superbly supple and agile. Alongside Roger Federer and Rafael Nadal, Andre Agassi considers that Novak Djokovic, “may very well be the greatest three players to ever play tennis.”

It is safe to say that his consistency and brilliance on the court has come from all the ingredients one associates with success: dedication, a great team to support him, a disciplined routine, natural talent and a burning passion. And it has one additional ingredient – a gluten-free diet.