NLP and the NHS – Kay Cooke 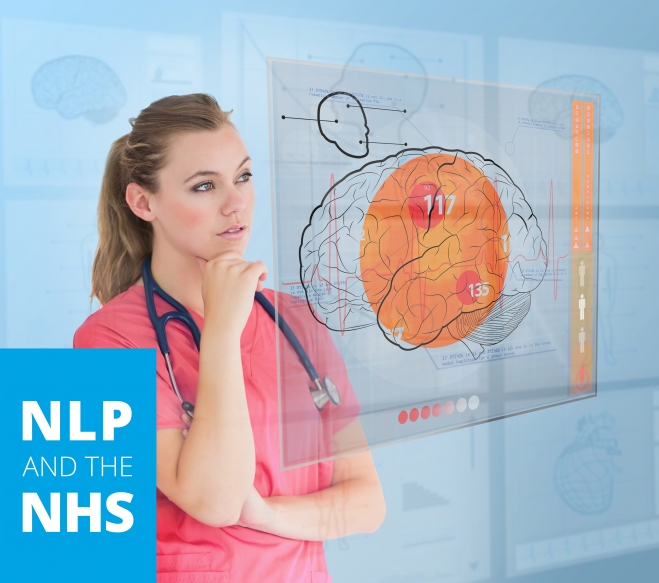 Neuro-linguistic programming (NLP) is associated with success and personal development, but what if we could use it as a tool to tackle mental health? Dr Louise Golightly is a consultant psychiatrist working on an Acute Admission Ward looking after men with severe mental illness, she is also a SNLP master practitioner and medical trainer of NLP. Her friend and NLP colleague Kay Cooke chatted with her about her work

K: Describe how you use NLP?

L: In general terms I use NLP with patients, myself and trainees, although I don’t do what I thought I’d do with it. When I first came away from my practitioner training I thought I’d be sitting down with patients and saying, ’Today, we’re going to be doing NLP to cure this problem’. I tried that a couple of times and, of course, it didn’t go down very well.

K What kind of NLP focus do you have  right now?

L: My focus is on personal responsibility – people want to be happy, slim, sleep eight hours a night and have money. But they equally want to be able to eat and drink as much as they want, and take whichever drugs they fancy. It seems that if they are not getting the first set of things they turn to me, or people like me, to sort it out for them.

When I tell them, ‘Yes, I can help you, but it’s going to take a bit of work from you,’ they don’t like that, and so I use NLP to help them set goals and make lifestyle changes.

I’m not talking about patients who have psychotic illnesses or severe depression, but there are patients who are drug addicts, alcoholics or have personality disorders. These people are admitted because they threaten to kill themselves, and when people threaten to kill themselves we get worried, quite rightly. We need to assess whether there is a mental illness leading them to feel that way – abnormal or delusional beliefs, hearing voices (not just our inner voice but true auditory hallucinations).

If there are signs of mental illness, there are certain pathways to go down. However, they might have no mental illness or a personality disorder. These patients need to understand about lifestyle changes and take responsibility for themselves. Some get angry and leave – one recent example is of a homeless man who was kept on the ward for a few days, though we found no evidence of a mental illness, His dad was angry because we were discharging his son without a home to go to. We talked about exercise therapy and occupational therapy and the importance of building a routine etc, but he wasn’t interested, he just wanted drugs.

K: How do you utilise NLP language patterns in your work?

L: I use both Milton and Meta model patterns, consciously and unconsciously, particularly during interviews. Sometimes after a patient has left the room and I have a junior doctor with me, I’ll pick up on something I’ve said to the patient and explain what language pattern I’ve used.

It might be a simple switch from ‘but’ (which negates the preceding words) to ‘and’. It might be an explanation about using positive language, encouraging patients and trainees to talk about what they want to have happen rather than what they don’t want or don’t like.

Family violence and abuse is another repeating pattern that was learned and imprinted in childhood. Our work is often to help them to see that they have other choices. The NLP working assumption that everyone is doing the best they can with their available resources is key here. There is no blame or criticism.

We need to help people to see that by taking responsibility for themselves, they open new choices that we can future pace for them. For whatever reason, many people haven’t yet learnt that they can communicate feelings of fear, anger, or frustration simply through talking. They don’t believe (yet) that they can have control over emotions.

It is possible that psychiatric units may sometimes be perceived within a community as places to save people from court cases, get them out of a fix, get drugs etc and some do try to convince us they are mentally ill when they are not, and when they can’t get what they want, they just leave.

So many patients are entirely focused on medication as the only solution, and I’m simply not prepared to prescribe where it’s not indicated.

K:  How do you challenge the limiting beliefs of your patients?

L: Very gently, very carefully, even with psychotic patients, I may get them to challenge their belief that a particular thing will happen – for example, the thing that you fear is going to happen to you because of an event five years ago hasn’t happened, has it?

Or the people you think want to harm you know where you live and surely if it was going to happen to you, they would have killed you by now? A moderate degree of success, although not sustained, can be achieved in schizophrenia.

K: Do you use specific NLP interventions like, ‘change your personal history’?

L: Time is our biggest pressure. It’s possible to have three or four new admissions each day. It takes a lot of time to conduct initial assessment mandatory procedures. There is a pressure to release those without acute mental illness. I think I could do more if time was allowed.

Of course it’s hard to measure generative change. A Meta question here, an embedded suggestion there, who knows what might just start the process of change. I have a patient on the ward at moment who has been admitted many times before. He is suicidal and sectioned under the Mental Health Act. Only this time he is engaging with people, at last. I think he falls into this category of generative change.

K: What is your view of the stories Richard Bandler tells of the early days of NLP in Californian psychiatric units?

L: Hmm, well it couldn’t happen in the NHS in the UK in the 21st century – and not in extreme ways that Richard Bandler talks about.

I guess the closest thing I’ve ever seen to this is with an old lady who comes for ECT fortnightly. She’s probably had 300-400 ECT treatments in her life.  She is desperately ill, depressed, dementing, and the only thing that keeps her well is regular ECTs. But she needs a general anaesthetic, via a cannula, One day she told the anaesthetist that he couldn’t use her right arm because it was a false arm and had no veins, but since he couldn’t use the veins in her left arm either, he persuaded her saying, “Can I just use this right arm so we can find out what veins are like in an artificial arm?”

K: How many of your colleagues  are aware of your NLP training?

L: Some, both new and old. Often, training newer doctors requires a critical reflection of language used, and trainees are generally fascinated at the power of simple positive phrases like ‘walk’ rather than ‘don’t run’. I have used variations of ‘circle of excellence’ to build confidence. When I am mentoring, supervising or training, my NLP skills all feed in and I do mention it if something specific relates to the NLP framework.

I enjoy helping trainee doctors to find their own solutions rather than jumping in and providing them with my solution; something I did prior to my NLP training. It’s nice to think you have given them something they will go and use to improve the health of others.

K: Do you see an opportunity for NLP to be taught in medical schools?

L: No the curriculum is full and students generally have narrow expectations – 21st century medicine requires hard evidence; something NLP is only just beginning to open up to. It’s quite fascinating that some current medical treatments founded in the 1950s wouldn’t actually pass the clinical evidence requirements today.

K: So how do you think we can go about generating evidence from subjective experience?

L: At the moment we are talking anecdotally. For example my husband is an NLP master practitioner and also a consultant anaesthetist. His interactions with patients and staff illustrate great patient care and good clinical practice, using NLP.

Recently, during preparation for a general anaesthetic, a very anxious patient with hands shaking asked, “What’s wrong with me, there must be something wrong, I don’t understand why I’m shaking?” When the junior doctor replied, “No you’re not shaking,” obviously mismatching the man’s experience, David said, “That’s right, that’s good, shaking is good, shake all anxiety away,” working with the reality presented.

K: I remember being introduced to my son’s ‘pain nurse’ when he was in hospital recently – what an embedded suggestion! How might you use NLP to help to deal with pain?

L: Well the most obvious example, is when taking blood and measuring stats. I train junior doctors to know the difference between, ‘This might hurt’ and, ‘I’m wiping your skin to make sure procedure will be as easy as possible,’ and the difference between, ‘We’re monitoring equipment to make sure nothing goes wrong,’ which presupposes something may go wrong, and,  ‘We’re monitoring equipment to keep you safe’.