Nicky Hambleton Jones – How She Did It In Her Own Fashion 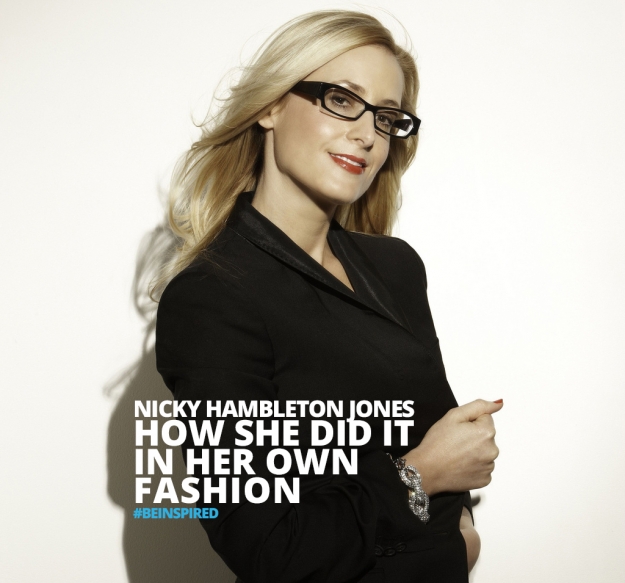 With her transformative advice on Channel 4’s 10 years younger Nicky Hambleton- Jones has inspired a generation of women to pay attention to their bodies, to what they wear, and to feel and look a hundred times better. But her earliest interests were far from the limelight, she recalls. “I wanted to be a geography teacher… that was my favourite subject.”

She speaks with obvious relish of her upbringing in South africa as she pins down why it was so special. “I guess it’s just the space, you know. I just think of space. of a freshly-mown lawn, and the heat baking the grass. Having a lot of freedom as a child to run around and swim… It’s very much an outdoor lifestyle. I absolutely loved it!”

Initially feeling drawn toward fashion – an interest her father talked her out of – she worked her way through a 5-year medical degree.

Then, Nicky was involved with making leading-edge, life-saving decisions in theatre, telling surgeons where nutrition tubes needed to go to help patients recover.

After going private, she grew bored and decided to study for an MBA in business, before working for Government.

“I walked into IT and they said really sorry you’re going Nicky. I gave them my laptop, still in a bit of state of shock, walked out, turned around and said, don’t worry, one day I’ll be famous, watch this space.” That was 2000. Three years later she was on primetime television on Channel 4.

“There’s so much pressure on young people to finish university, have a career and go and forge that career. But it doesn’t always work like that… I guess what I’d say to young people is that if you go through a process of confusion, a process of indecision, it’s fi ne to change. you’ve got your whole life ahead of you. Everything you’re studying, everything you do in life, will always be useful at some point later on.”