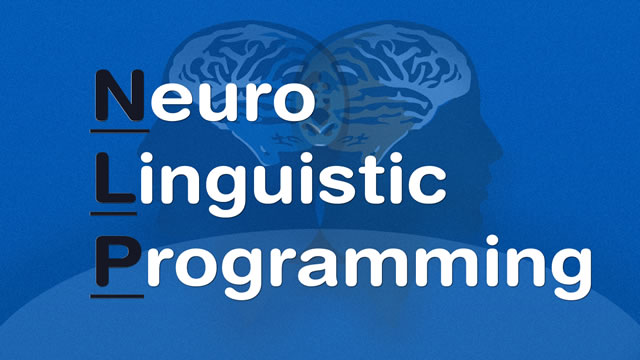 If you ask ten different people to define NLP, you will end up with ten different definitions – that has certainly been my experience anyway. One time, when I attended an NLP conference weekend, the members of the specialist panel, who were answering questions from the audience, each gave different versions of what NLP is about – somewhat ironically, I felt, because NLP is all about Self Improvement – based on achieving an understanding the structure of our subjective experiences.

Perhaps the most serious mistake we make when we are dealing with other people is that we tend to assume that our own understanding and experience of reality is common to others. NLP tells us otherwise.NLP, or Neuro Linguistic Programming, is the study of how people represent experiences, real or imagined, to themselves internally, and the corresponding effect on how the nervous system functions.

Dr Richard Bandler, a Gestalt therapist, and John Grinder (Bandler and Grindler), a respected linguist, jointly developed the first NLP techniques in the 1970s. These two innovative researchers studied highly successful therapists such as Dr Milton Erikson, the gifted hypnotherapist, and Virginia Satir, an exceptional family therapist, and their findings led them to develop a set of strategies which became known as NLP.

Today NLP training strategies are used around the world by therapists, business executives and leading sports people to cope with pressure and to perform at their best when they need to. Neuro-linguistic Programming is all about producing results and often very quickly. If the technology has an attitude then that attitude is all about producing measurable results that enhance the quality of peoples lives without a lengthy and painful journey into the past.

The application of NLP is directed towards quickly attaining a desired outcome, i.e. what do you want and how soon can you have it? You can use NLP for many purposes including stopping smoking, losing weight and resolving internal conflict. In business as in professional sport, it can be used to significantly improve personal performance.

Every day of your life you go through some natural programming of your brain – just in the process of living your life. Think about this for a moment: you can hardly get away from the messages constantly transmitted by the media. These messages are on television, on the radio, in newspapers, in films, in plays and so on – pretty-much everywhere. This is like NLP acting in the environment. You can hardly ever find a quiet place amidst the hustle and bustle of modern living.

The first thing this constant barrage of invasive sound does to your mind is: prevent you from engaging in the process of thinking productively. In the in the lift (yes in the lift – through muzak) and even in the car, you may be allowing your most productive thoughts to be crowded-out by the constant irrelevance that is transmitted over the airways most of the time. Now don’t get me wrong: I’m not against these channels of entertainment; I’m simply pointing out that such things can stifle your creative imagination by displacing valuable thinking & programming time.

In some cases, absorbing these messages works out to be even worse that just displacing programming time: the messages themselves become part of your Natural Programming. You begin to absorb these messages and they actually become a part of your thinking – it is just as if you had used NLP to put them there yourself; the result is exactly the same! For example, the message we get from a particular genre of Hollywood movies is that it is ok to meet violence with violence – more than ok, perhaps even honourable – think of movies such as Terminator and Robo-Cop. Such subliminal messages are negative and destructive to our thinking.

There are three specific things you can do to get the right sort of thinking into your mind; the sort of thinking that will enable you to excel at whatever you do and help to ensure you do achieve your goals. Firstly, you can use affirmations. Secondly, you can use what I always think-of as the original NLP technique – hypnosis. Thirdly, you can displace some of your Natural Programming with healthy alternatives. Let’s look at each of these in turn.

Making use of Affirmations means taking some particular message, such as “I am Confident!” and saying it over and over again, day after day, several times per day – at least three times per day – repeating the phrase endlessly to yourself.

Using hypnosis effectively bypasses the conscious mind with your message. You get yourself into a nice relaxed state and the message you want to internalize is spoken directly to your sub-conscious mind. The idea is basically the same as with affirmations but it can be a quicker method of accomplishing what you want.

By carefully vetting and selecting the movies you watch it is possible to engage in some Natural Programming of your own; it’s a kind-of NLP but by taking the easy route! You can ensure you pass positive, healthy messages to your subconscious mind if you choose to watch the right movies.