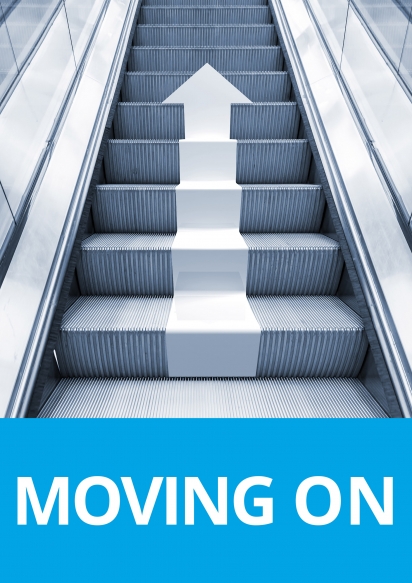 It’s ten years since Paul McGee’s straight-talking book, S.U.M.O (Shut Up, Move On) first hit bookshelves. With a special anniversary issue out this month, he reflects on the impact the title has had.

Life has a curious knack of leading us towards our purpose. When Paul McGee became unwell and lost his management job with a multinational company in his early 20s, he could have resigned himself to a future of ill-health and missed opportunity. Instead, he took stock of his life and pursued a path of personal development that has seen him become one of the UK’s leading motivational authors and speakers.

His book, S.U.M.O. (Shut Up, Move On), is the culmination of McGee’s unique approach to overcoming and mastering life’s challenges. He recalls his own S.U.M.O. moment, saying, “I became ill with ME for three years. I lost my job and almost lost my home. It forced me to take stock of myself.

“I’d had a fairly dysfunctional upbringing and to find myself washed up at 22, unable to walk without a stick, was devastating. Then I got into personal development and realised how important attitude is in life.

“I had a background in psychology through my  degree and work as a probation officer, but at university we had studied the psychology of failure, looking at why people are deviant or criminal. I was, quite literally, on my knees with illness and then I stumbled across the psychology of success via Dale Carnegie’s and Tony Robbins’ books, and it helped me move forwards.

“By 1991, I was self-employed, promoting Dale Carnegie courses, but it’s fair to say I was not an overnight success. However in 2005, I was running a life coaching course in Scotland and a delegate said to me, ‘Well, if all else fails, tell them to S.U.M.O. (shut up and move on)’. It was a line that stuck with me and I began to weave it into my talks, and gradually  it got a life of its own. In essence, S.U.M.O. is about taking time to stop, reflect and then move forwards.

“Delegates were really buying into S.U.M.O. and someone said I needed to write a book. By now I had a menu of ideas, but the last principle came when a delegate on another course suggested the HIPPO philosophy, which recognises that sometimes it’s good to not feel OK, and to ‘have a right great wallow,’ as they described it. It’s a bridge to moving on.”

McGee’s brand of personal development is grounded in reality, delivering a no-nonsense message, combined with compassion and understanding that helps people realise and move past the obstacles that are hindering their lives.

“I share my struggles, as well as my successes,” says McGee. “S.U.M.O. has helped people because it’s an authentic message that is well-meant. The book opened doors for me – I’ve had speaking engagements in Australia as a result, and I’ve even been approached by a prisoner after his release, who thanked me as the book had been so  empowering for him when he read it in prison.”

The S.U.M.O. programme has been adapted for schools, where it is delivered through games, art and drama. “Children love the simplicity of S.U.M.O.,” explains McGee. “For example, a beach ball’s range of coloured panels demonstrate how we can look at a situation and each see something different, even though it’s just one scene.

“We’ve had kids making large hippos and learning how to develop fruity thinking. For them, it’s not complicated but a great way to teach and encourage wellbeing, resilience and emotional maturity. It equips them with skills for life.”

In the ten years since the publication of S.U.M.O. (Shut Up, Move On), the world has experienced a global economic meltdown, but have our attitudes shifted? “I think they have changed,” says McGee. “When I wrote the book, stress was an overdone term but since then we’ve started to talk about wellbeing and resilience too. During the recession, many people have experienced tough times, but S.U.M.O. provides tools for coping with those challenges.”

(CTA) Find out more at thesumoguy.com